US satisfaction falls to lowest point in 9 years, poll finds 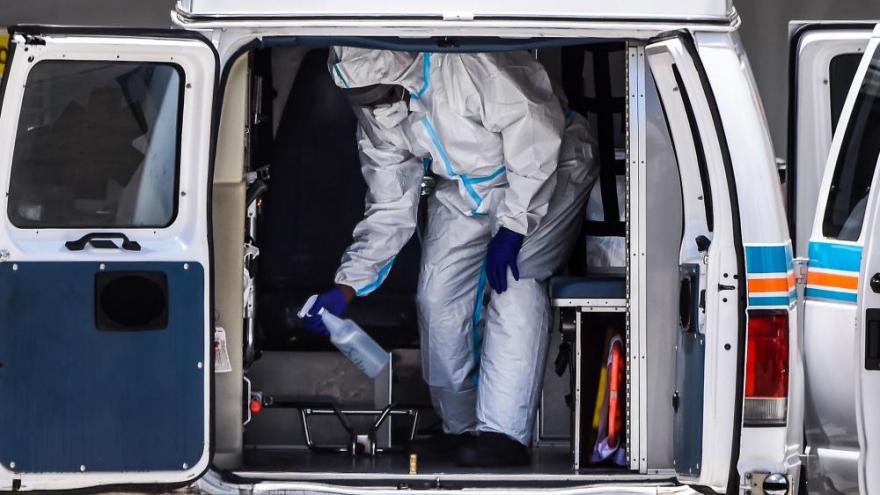 A medical worker sanitizes the ambulance after transferring a patient on a stretcher outside of Emergency at Coral Gables Hospital where coronavirus patients are treated in Coral Gables near Miami, on July 30, 2020.

(CNN) -- US satisfaction in the state of national affairs is at 13% -- falling from a 15-year high just before the coronavirus pandemic hit to the lowest it has been in nine years, according to a Gallup poll released Tuesday.

The poll, conducted from July 1 to 23, found that 13% of Americans said they were satisfied when asked if they were satisfied or dissatisfied "with the ways things are going in the United States at this time." The dip marked the lowest satisfaction has been since 2011 and tied for the ninth lowest since Gallup began measuring satisfaction in 1979. The finding comes on the heels of a 45% satisfaction rate in February 2020 -- the highest since 2005.

The fall in satisfaction comes as the coronavirus pandemic continues on across many states -- bringing with it testing delays and a tense wait for a vaccine -- and after months of nationwide demonstrations against institutionalized racism and police brutality. President Donald Trump has faced record low numbers on his coronavirus performance in recent weeks, as well as criticism from members of his own party for his handling of the response to the virus.

But the declining satisfaction rate released Tuesday is due in no small part to decreased Republican satisfaction, Gallup found.