US, Russia, China and Pakistan meet to discuss Afghanistan as humanitarian crisis deepens 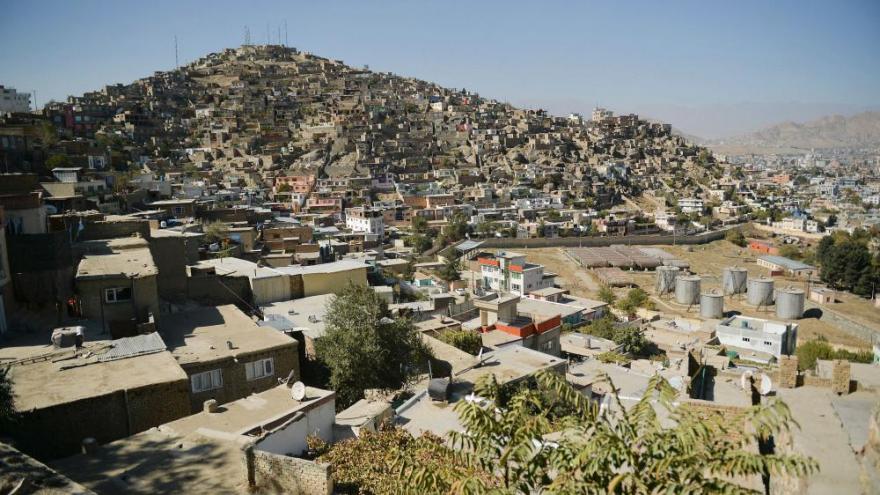 Representatives from the United States, Russia, China, and Pakistan met on Thursday to discuss Afghanistan amid the deepening humanitarian crisis on the ground and months after the Taliban seized power.

(CNN) -- Representatives from the United States, Russia, China, and Pakistan met on Thursday to discuss Afghanistan amid the deepening humanitarian crisis on the ground and months after the Taliban seized power.

The representatives of those four countries -- known as the extended troika -- also "met with senior Taliban representatives on the sidelines" of that meeting in Islamabad, according to a 15-point joint statement released by Pakistan's Ministry of Foreign Affairs.

The meeting comes weeks after a similar discussion was held in Moscow, which was not attended by the United States. US Special Representative Tom West attended Thursday's extended troika talks.

The extended troika "(e)xpressed deep concern regarding the severe humanitarian and economic situation in Afghanistan and reiterated unwavering support for the people of Afghanistan," and "(w)elcomed the international community's urgent provision of humanitarian assistance to Afghanistan and expressed grave concern at the potential for an economic collapse and significantly worsening humanitarian crisis and a new refugee wave."

David Beasley of the World Food Programme said Thursday that "the world's worst humanitarian crisis is unfolding" in Afghanistan, where more than 22 million people could be at risk of starvation.

The Taliban does not have access to the Afghan central bank's billions of dollars in reserves, the bulk of which have been frozen in the US.

The US, Russia, China and Pakistan called on the Taliban to allow unhindered humanitarian access and "(a)greed to continue practical engagement with the Taliban to encourage the implementation of moderate and prudent policies that can help achieve a stable and prosperous Afghanistan as soon as possible," according to the joint statement.

The US has engaged with but has not recognized the interim Taliban government, which came to power following the capitulation of former Afghan President Ashraf Ghani and after seizing much of Afghanistan in a swift military campaign.

A high-level US interagency delegation met with Taliban representatives for several days of meetings in Doha last month. The US special representative, speaking to reporters from Brussels earlier this week, said that the US was preparing for another interagency meeting with the Taliban.

The Taliban's interim government -- all male and comprised of members of the Taliban and Haqqani network -- has imposed harsh societal restrictions, particularly on women.

The joint statement "(c)alled on the Taliban to work with fellow Afghans to take steps to form an inclusive and representative government that respects the rights of all Afghans and provides for the equal rights of women and girls to participate in all aspects of Afghan society."

The four nations "(w)elcomed the Taliban's continued commitment to allow for the safe passage of all who wish to travel to and from Afghanistan and encouraged rapid progress, with the onset of winter, on arrangements to establish airports countrywide that can accept commercial air traffic, which are essential to enable the uninterrupted flow of humanitarian assistance."

In the briefing with reporters, West, the US special representative, said that "the Taliban have delivered by and large on their commitment to us, to allow Afghans whom we owe a special commitment and American citizen and LPRs out of the country, over the past several weeks in particular."

West said the "real challenge" to safe passage is "potentially logistical, especially as we head into the winter months," noting that the Kabul airport's ability to operate in the winter "is in question."

The extended troika "(c)ondemned in the strongest terms the recent terrorist attacks in Afghanistan and called on the Taliban to cut ties with all international terrorist groups, dismantle and eliminate them in a decisive manner, and to deny space to any terrorist organization operating inside the country."

West told reporters this week that the US is "worried about the uptick in ISIS-K attacks" and wants the Taliban to succeed against them.

"We want the Taliban to succeed against ISIS-K. I think they have a very vigorous effort underway against that group," he said. "We condemn the innocent loss of Afghan lives that have taken place in recent weeks at the hands of vicious ISIS-K attacks across the country."

"When it comes to other groups, look, al Qaeda continues to have a presence in Afghanistan that we are very concerned about, and that is an issue of ongoing concern for us in our dialogue with the Taliban," he added.