US prescriptions for hydroxychloroquine skyrocketed from February to March, study finds 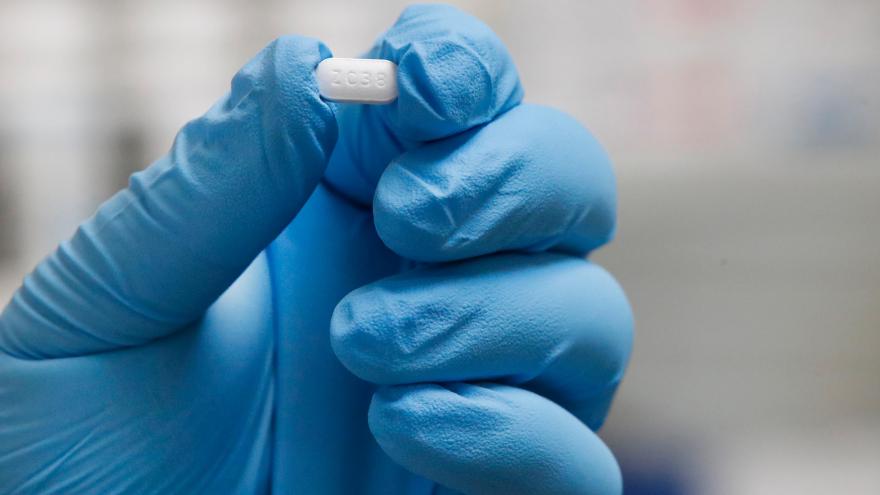 (CNN) -- Prescriptions for the anti-malarial drugs chloroquine and hydroxychloroquine skyrocketed in the US from February to March, a time when the drugs, though unproven, were touted as treatments for the coronavirus.

Combining hydroxychloroquine and the antibiotic azithromycin had also been touted as a possible treatment for coronavirus infection. The analysis shows that the estimated number of patients receiving both drugs rose by 1,044% between February and March, from 8,885 to 101,681.

The data, published in a research letter Monday by the journal JAMA Internal Medicine, found prescription rates for chloroquine and hydroxychloroquine were stable from October 2019 through February 2020. The analysis only examined data through March.

The authors noted that the increased prescriptions might not all be for Covid-19, as their data did not include for what purpose the drugs were prescribed. Still, they wrote that the sudden surge of hydroxychloroquine and chloroquine prescriptions may have affected availability for patients prescribed the drugs for uses approved by the US Food and Drug Administration, including for treating rheumatoid arthritis, lupus and malaria.

The FDA withdrew its emergency use authorization for hydroxychloroquine and chloroquine for Covid-19 on June 15.

Some researchers thought chloroquine and hydroxychloroquine might be able to fight coronavirus based on initial laboratory analyses, and President Trump became a cheerleader for the treatment, calling it "very encouraging" and "very powerful" and a "game-changer."

But in recent studies of Covid-19 patients, the drugs have largely not stacked up. A randomized clinical trial — considered the gold-standard for determining drug efficacy — was halted by the National Institutes of Health after data showed hydroxychloroquine provided no benefit to Covid-19 patients.

"While there was no harm, the study drug was very unlikely to be beneficial to hospitalized patients with Covid-19," the NIH said in a June 20 news release.

A team at Southeast Michigan's Henry Ford Health System announced last week that it found Covid-19 patients given hydroxychloroquine were much less likely to die, but other researchers have raised doubts about the finding.

"The totality of the evidence is so much on the side of the drug not having an effect. The vast majority of studies are in very close agreement about that," said Dr. Neil Schluger, chairman of the department of medicine at New York Medical College, who co-authored an observational study that showed hydroxychloroquine had no association on the intubation or death rates of 1,376 coronavirus patients.

Schluger and other researchers have pointed to flaws in the Henry Ford team's analysis that may have contributed to the positive finding, including that decreased mortality could be a result of doctors becoming more skilled at treating Covid-19 patients, regardless of the prescribed therapy.

"Obviously, we would all love to have treatments that work for this disease," Schluger said. "But I think we still have to wait."