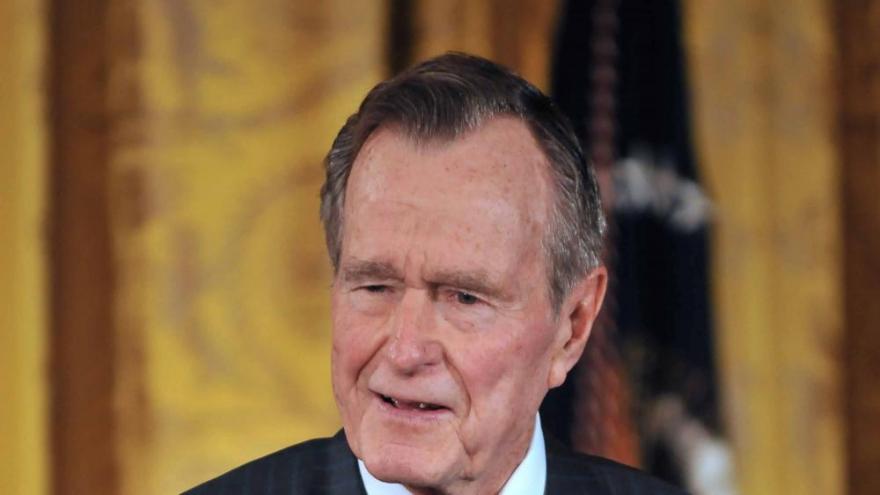 Former President George H. W. Bush speaks at a White House reception honoring of the Points of Light Institute in 2009.

(CNN) -- The US Postal Service has announced the creation of a new forever stamp honoring President George H.W. Bush, who died late last year at the age of 94.

The USPS statement called the 41st President an "advocate for public service" and said he "guided the United States through the end of the Cold War and drove the creation of a multinational coalition that successfully forced Iraq to withdraw from Kuwait in the Persian Gulf War."

The stamp consists of a portrait of Bush painted by award-winning artist Michael J. Deas. It is based on a 1997 photograph taken by Timothy Greenfield-Sanders. Phil Jordan was the art director and stamp designer.

The first-day-of-issue ceremony will be on the former President's birthday, June 12, at the George H.W. Bush Presidential Library and Museum in College Station, Texas.

Robert M. Duncan, chairman of the US Postal Service Board of Governors, will be serving as the dedicating official.

The stamp is now available for pre-order, for delivery on or after the June 12 ceremony.