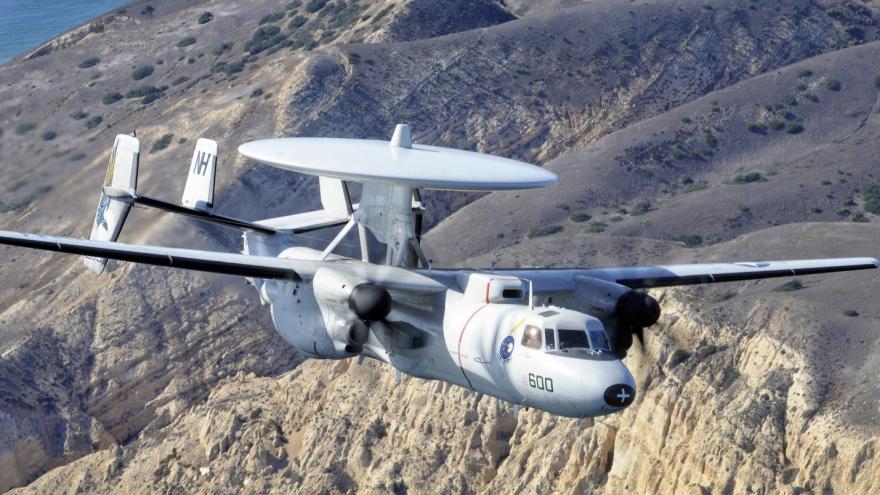 A Navy surveillance aircraft crashed near Wallops Island, Virginia, on Monday and all four crew members have been found alive.

(CNN) -- A Navy surveillance aircraft crashed near Wallops Island, Virginia, on Monday and all four crew members have been found alive.

The crew of the Navy E-2 Hawkeye was from Norfolk, Virginia, according to Patrick Gordon, public affairs officer at Naval Air Station Patuxent River.

"The E-2 crashed at approximately 3:50 p.m. The two pilots and two crewmembers bailed out of the aircraft safely through the main cabin door," using parachutes they are required to wear onboard, according to the Naval Air Force public affairs office. "At the time of the crash, the E-2 was conducting a training flight."

Initial reports showed no structural damage or personnel injuries on the ground due to the mishap, the office added, and the cause of the crash is being investigated.

The incident isn't the first military plane crash over the past year. In January, two bodies were recovered from a US military aircraft that crashed in Afghanistan's Ghazni province, a defense official told CNN. In November, two US Air Force personnel were killed when two T-38 training aircraft crashed near Vance Air Base in Oklahoma during a "routine training mission," the Air Force said in a statement at the time.

This story has been updated with a new statement from the Naval Air Force public affairs office.