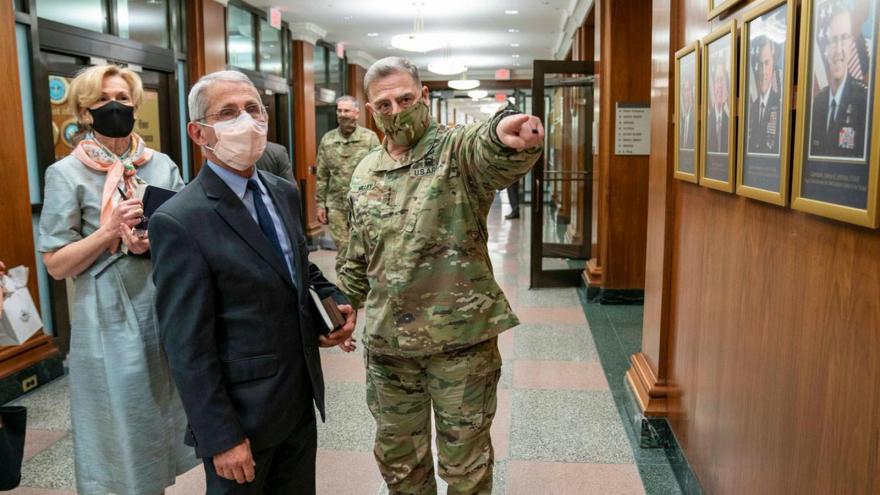 The US military has seen a spike in Covid-19 cases in recent weeks, with the number of confirmed cases in July growing by about 4,000, a jump of about 60%, according to Defense Department statistics.

(CNN) -- The US military has seen a spike in Covid-19 cases in recent weeks, with the number of confirmed cases in July growing by about 4,000, a jump of about 60%, according to Defense Department statistics.

The number of positive cases jumped by some 1,700 alone since Wednesday, prompting a return to more restrictive policies at several military installations, according to one defense official. There are currently 10,554 cases of coronavirus in the military, including forces in the US and overseas, according to Pentagon officials. There have been 18,016 cases since the Pentagon started keeping track.

While the number of cases requiring hospitalization remains relatively low and the number of US service members who have died from the disease stands at three individuals, the increase in the military comes as similar outbreaks have hit civilian communities in the US.

Officials say the reason for the increased number of military cases stems from the fact that service members are very much part of the communities in which they are stationed, with personnel and their dependents frequently interacting with civilian populations in those areas, increasing the chances of exposure.

Many military facilities are located in some of the states being hardest hit by the pandemic, including Texas, Florida and California.

In response, the US military has begun implementing additional measures and restrictions at facilities located in some of those harder hit areas, implementing stricter guidelines in an effort to curb the pandemic's spread.

The US military has also deployed hundreds of medical personnel to Texas and embedded them in civilian hospitals in order to bolster that state's coronavirus response.

Some 160 personnel are also being sent to California to assist efforts there.

The Defense Department statistics on positive cases also incorporate data on National Guard and reserve personnel who are even more integrated into civilian communities.

The pandemic has also hit American military installations abroad, including in Japan and South Korea.

Dozens of new cases were reported among American service personnel stationed on the island of Okinawa, Japan, prompting commanders there to tighten restrictions on the movement of personnel bases there on July 10.