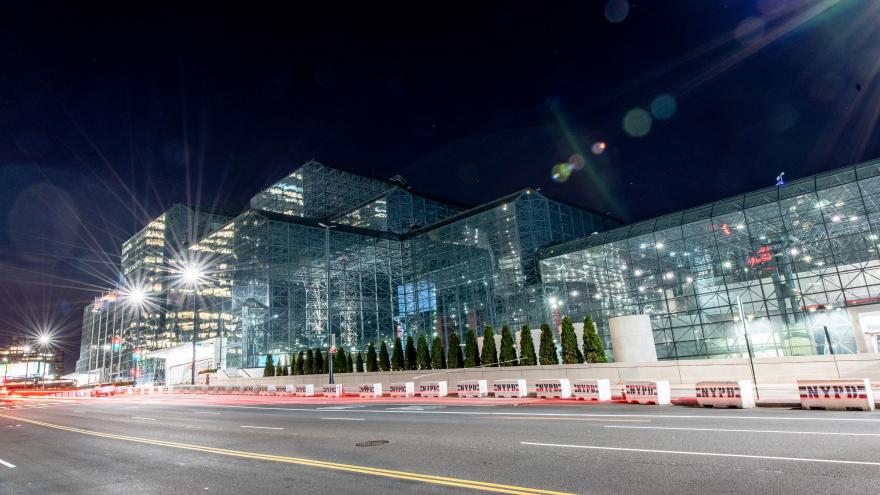 (CNN) -- The US military said it is working to convert buildings into hospitals and could potentially provide 10,000 hospital beds in New York, as the coronavirus pandemic escalates.

Lt. Gen. Todd Semonite, the head of the US Army Corps of Engineers, said Friday that retrofitting hotels or dormitories into temporary hospitals to alleviate the burden on civilian hospitals caused by the virus would hopefully take three or four weeks.

"We would like to think we can do this in three or four weeks and try to go as fast as we can," Semonite told reporters at the Pentagon on Friday.

He said the Army Corps of Engineers had developed a standard design and contract in order to help facilitate the process.

"This is an unbelievably complicated problem and there is no way we're going to be able to do this with a complicated option -- we need something super simple," he said, adding that they were aiming to turn empty hotels, college dormitories and other buildings into hospitals capable of providing intensive care adding that the state would be responsible for identifying the buildings and staffing them.

New York Gov. Andrew Cuomo had asked for the Army Corps of Engineers to retrofit buildings into hospitals to help alleviate the burden on hospitals treating a major influx of coronavirus patients.

Asked about New York, Semonite said, "We're talking about over 10,000 (hospital beds) that we are looking at right now, we need to send that up and, in fairness to the state of New York, that is not my decision that has to go to FEMA, FEMA has to make a decision of what is that allocation and we will exercise whatever FEMA tasks us to do."

Semonite confirmed they had looked at buildings including the Javits Center, which is a major convention center in Manhattan.

"We did the Javits Center yesterday, and we were into some of the SUNY schools yesterday," Semonite said.

As of late Friday morning, there were more than 7,000 confirmed cases in New York state, with 35 deaths.

"We can't do everywhere so we are really asking for the federal government to be able to help prioritize our efforts, with (the Federal Emergency Management Agency) to be able to send us to the right place. This has to be weeks, this can't be months," he said.

"We're looking very hard at California, the state of Washington, we've already been to New Jersey ... we're really looking at where's the biggest demand so we go to those states first," Semonite added.

President Donald Trump on Tuesday said that the Corps of Engineers was prepared to assist New York.

"The Army Corps of Engineers is ready, willing and able, we have to give them the go ahead if we find that it's going to be necessary, we think that we can have quite a few units up very rapidly," Trump said at a White House news conference.

On Sunday Cuomo penned an op-ed in The New York Times asking for the military to have the Army Corps of Engineers build hospitals to alleviate the burden on civilian hospitals.

"This is exactly what they do. Deploy the Army Corps of Engineers to come work with states to build temporary medical facilities. Get us backup beds so when the hospital is overwhelmed, we can have some of the people who are in the hospital beds go to a backup medical facility," Cuomo said at a news conference Monday.

"If you don't do it, you know what is going to happen: You're going to overwhelm the hospitals," he added.

The US military has been providing an increased amount of support to the government's response to the pandemic including ordering two hospital ships to be deployed and putting several field hospital units on alert.

Earlier on Friday, Defense Secretary Mark Esper said that more than 4,000 National Guard troops have been activated by state governors in 31 states to help support efforts to combat the virus.

National Guard officials expect that number to grow considerably in the coming weeks.