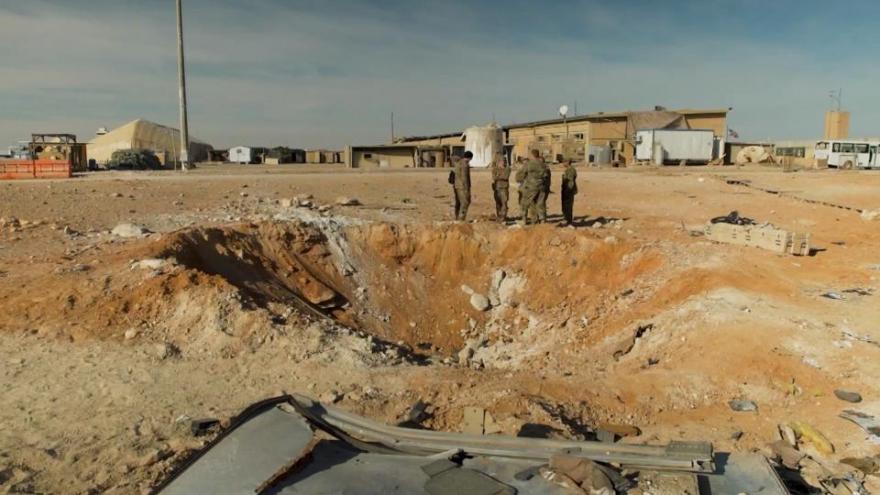 (CNN) -- US Central Command announced Tuesday that additional US troops who were serving at a base in Iraq that was struck by Iranian missiles earlier this month have been transported to an American medical facility in Germany.

The injured service members are separate from the 11 who CENTCOM last week announced had been injured in the January 8 strike. That strike was retaliation for the January 2 US strike that killed Iranian Gen. Qasem Soleimani.

CENTCOM did not immediately give an exact number on how many additional service members had been injured in the strike. A Defense official told CNN after the initial 11 service members were evacuated that more injured troops could be identified.

In a statement announcing the development, Capt. Bill Urban, spokesman for CENTOM, said the additional service members were moved "out of an abundance of caution" and that "it is possible additional injuries may be identified in the future."

"As medical treatment and evaluations in theater continue, additional service members have been identified as having potential injuries," Urban said. "These service members -- out of an abundance of caution -- have been transported to Landstuhl, Germany for further evaluations and necessary treatment on an outpatient basis. Given the nature of injuries already noted, it is possible additional injuries may be identified in the future."

Last week, CENTOM said 11 individuals had been injured in the strike, eight of whom had been transported to Landstuhl Regional Medical Center in Germany and three to Camp Arifjan in Kuwait for "follow-on screening."

In announcing those injuries, CENTCOM acknowledged that service members who had been in the area of the blast were being monitored for potential injuries and that the injuries became apparent in the days following the attack. The Pentagon had initially said no service members had been injured or killed in the Iranian strikes.

The disclosure of injured US service members -- and the most recent news of additional injuries -- indicates that the impact of the attack was more serious than initial assessments indicated.

US officials have offered differing accounts of what they see as the intentions behind Iran's attack.

Then, Army Gen. Mark Milley, the chairman of the Joint Chiefs of Staff, said he believed that the attacks "were intended to cause structural damage, destroy vehicles and equipment and aircraft, and to kill personnel."

And Vice President Mike Pence said that the administration believed the strikes "were intended to kill Americans."

Iraq did receive advance warning that the strike was coming and was able to take "necessary precautions," according to a statement from Iraq's Prime Minister Adil Abdul Mahdi. A US defense official said that Iraq, in turn, gave warning to the United States, but the Pentagon has disputed that they received any warning from the Iraqis.

In remarks to the nation following the attack, President Donald Trump signaled a de-escalation of tensions but appeared to keep all options open by describing American military readiness.

"Our missiles are big, powerful, accurate, lethal and fast," he said, adding that "the fact that we have this great military and equipment, however, does not mean we have to use it."

"We do not want to use it. American strength, both military and economic, is the best deterrent," he said.