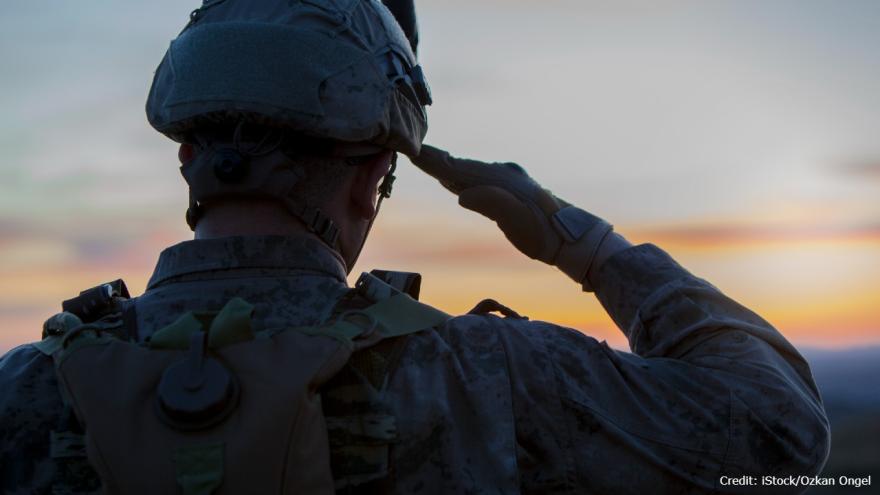 (CNN) -- The Pentagon will no longer automatically ban people who are HIV-positive from joining the US military as officers or deploying abroad.

Secretary of Defense Lloyd Austin issued a memo this week updating HIV policies for the military "in view of significant advances in the diagnosis, treatment, and prevention" of the virus.

The new policy says that individuals who are HIV-positive, are asymptomatic, and who have a confirmed undetectable viral load will no longer have restrictions applied to them. Moreover, they cannot be discharged or separated from military service solely because they are HIV-positive, the memo states.

The policy changes follow a recent federal court decision that ruled Defense Department policies were unlawful. The Biden administration has already made a decision to not appeal those rulings and move ahead with the changes, according to a defense official.

Service members are tested at least every two years and before and after deployments, according to a defense official. There are approximately 1,010 HIV-positive active-duty service members in the military, according to the Department's latest data as of June 2021. Now personnel with HIV "will be referred for appropriate treatment and a medical evaluation of fitness for continued service," according to Austin's memo.

The Defense Department changes were applauded by key advocacy groups. The changes "reflect the reality that HIV is a chronic, treatable condition and presents no risk to the health or safety of others, even in combat situations. It follows a groundbreaking federal court ruling in April that ordered the DoD -- the world's largest employer -- to stop enforcing this discriminatory policy," said Lambda Legal, which works for full legal and civil rights for lesbians, gay men, bisexuals, transgender people and all those living with HIV.

"The light at the end of the tunnel is shining a little brighter today for people living with HIV who want to serve in the United States Armed Forces," said Kevin Jennings, CEO of Lambda Legal. "We are delighted that the Biden administration has made clear that it will no longer defend these discriminatory policies in our courts and that the DoD has made long overdue changes to regulations affecting service members living with HIV. While there is still more work to be done for all people living with HIV who wish to serve, this marks a significant step forward."

The policy change is another positive step for the US military's LGBTQIA+ community under the Biden administration. One of President Biden's first moves in office was to lift the ban on transgender individuals serving in the military when he took office, and the Veterans Affairs Department moved to make gender confirmation surgery available to transgender individuals through Veterans Affairs health care coverage in June 2021.