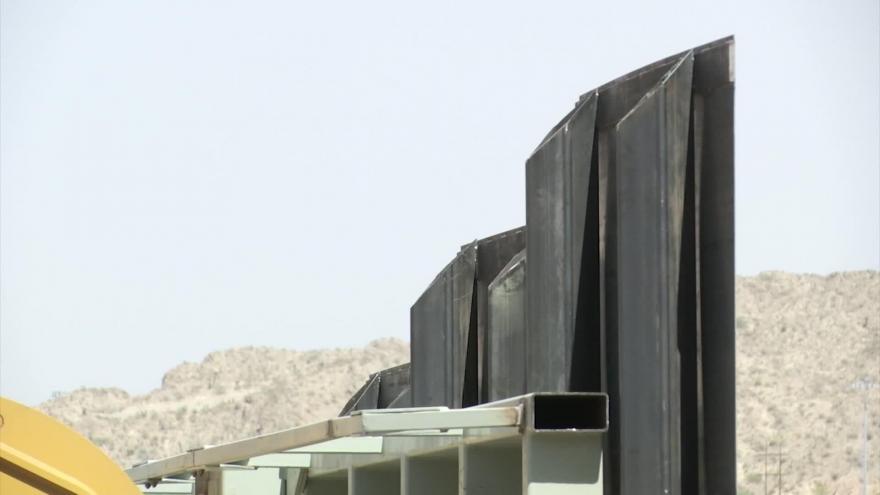 Morgan dismissed the uptick Friday, saying in a news conference that as a result of a public health law, the administration is able to swiftly remove migrants who are apprehended -- a move that's been challenged in court and criticized by immigrant advocates and lawmakers.

"The numbers become less relevant because the [Centers for Disease Control and Prevention] order gives us the authority and gives us the tools to do exactly what we need to do to protect American people," Morgan said during the news conference in Laredo, Texas. He also noted that there's been an increase in the number of migrants who repeatedly try to enter the US.

Morgan tried to cast migrants as a public health threat to the United States, saying that they "continue to disregard the medical experts as well as our laws in an attempt to illegally enter the United States on a daily basis."

President Donald Trump has been known to not trust nor follow the advice of experts such as Dr. Anthony Fauci, the nation's top infectious disease specialist.

Asked how many migrants have tested positive, Morgan could not immediately provide a figure, saying that only a small percentage are coming into custody and being tested as a result of the public health order.

"The wall is and will continue to mitigate all these threats," he said. "Without hesitation, we're going to make our promise and we're going to have 450 miles of wall system in the ground before the end of this calendar year."

Of the roughly 307 miles completed so far, the majority that's been built is in place of old, dilapidated design and around seven miles of barrier were constructed where none previously existed, according to CBP.

The southern border wall has been a cornerstone of Trump's presidency. Over the last three years, Trump has stirred controversy in his attempts to dip into military money for wall construction after Congress refused to provide the requested funds, floated ideas on the wall's appearance and function that surprised officials, and regularly cited the ongoing construction as an achievement.

"My administration has done more than any administration in the history to secure our southern border. Our border has never been more secure," Trump said in June during a visit to the wall.

Since January 2017, around $15 billion has been identified to construct roughly 738 miles of new border wall system using DHS, DOD and Treasury Forfeiture Fund money. That includes miles that have been constructed, those still under construction, and miles in the pre-construction phase, according to CBP.

Trump set a goal of 450 miles to be completed. To achieve that goal, however, the President has taken unprecedented steps to shore up funds, including last year's national emergency declaration. His administration has also waived numerous environmental and contracting laws to speed up construction.

In February 2019, Trump declared a national emergency in order to secure funding to build his signature wall. The move paved the way for Trump to unlock billions of dollars in federal funds to construct additional barriers on the southern border, bypassing Congress after lawmakers refused to meet his multi-billion-dollar funding request. This year, the White House renewed the emergency despite a drop in illegal border crossings.

The myriad ways the administration has sought to obtain funds has fueled lawsuits nationwide from states, environmental groups and border communities. At the core of the lawsuits is the accusation that the Trump administration circumvented Congress to obtain money for the wall.

"It's true that it's an assault on Congress but it's also an assault on what our Constitution represents," said Dror Ladin, the lead attorney in lawsuits challenging border wall construction. "Our Constitution is set up to separate those powers so as to protect the people who would be harmed from executive spending."

Despite cases ricocheting in the lower courts, construction of the wall has largely been able to proceed.

Earlier this summer, a divided Supreme Court allowed continued construction of a portion of Trump's border wall while legal challenges play out. The dispute concerned the American Civil Liberties Union's challenge to the use of $2.5 billion from the Pentagon to construct parts of the wall along the southwestern border.