US-led coalition forces repel drone attack near base in Syria 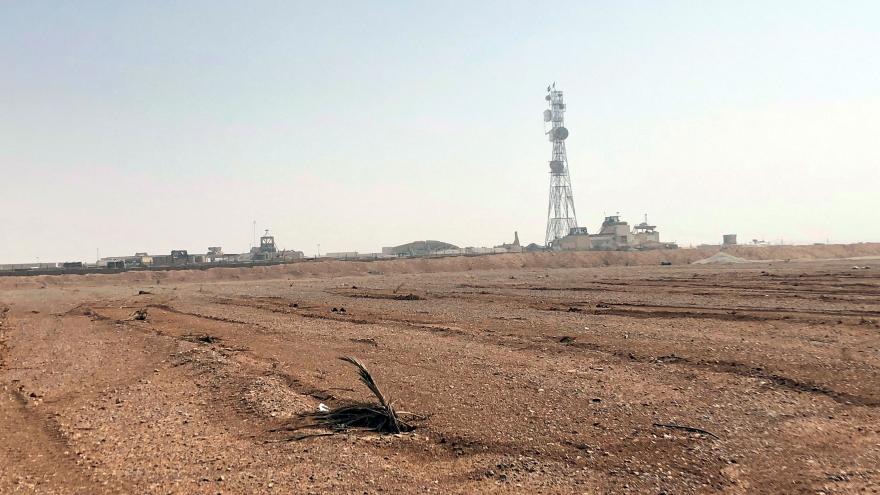 US-led coalition forces repelled all but one of the drones that attacked in the vicinity of At-Tanf base. One drone detonated within a compound used by Maghaweir al-Thowra partner forces resulting in "zero casualties or reported damage," stated the release from Combined Joint Task Force -- Operation Inherent Resolve, the global coalition to defeat what remains of the ISIS caliphate in Iraq and Syria.

Coalition forces "successfully engaged one" drone "preventing its impact," the release said. Other drones that attempted to strike "were not successful," the release added.

Operation Inherent Resolve did not say who was responsible for the drone attacks. However, Iranian-backed militias in the region, have frequently targeted US troops in Syria and Iraq.

"Such attacks put the lives of innocent Syrian civilians at risk and undermine the significant efforts by our Partner Forces to maintain the lasting defeat of ISIS," Brennan said. "Coalition personnel retain the right to self-defense, and we will take appropriate measures to protect our forces."

The base sits within a 20-square-mile deconfliction zone near the Syrian border with Jordan, which was established by Russia and the US-led coalition to prevent the two sides from coming into accidental contact.

The area has seen heavy fighting in recent years between US forces and ISIS, which has held a foothold in the area.

In January, the US military conducted strikes in Syria after indirect fire posed what a US-led coalition official called "an imminent threat" to troops near Green Village, a base in the east of the country near the Iraqi border.

Although there was no specific attribution for the indirect fire, then-Pentagon press secretary John Kirby said the US continues to see threats against US forces in the region from Iranian-backed militias.

"In just the last few days, there have been acts perpetrated by some of these groups that validate the consistent concerns that we've had over the safety and security of our people," Kirby said at a news briefing in January.