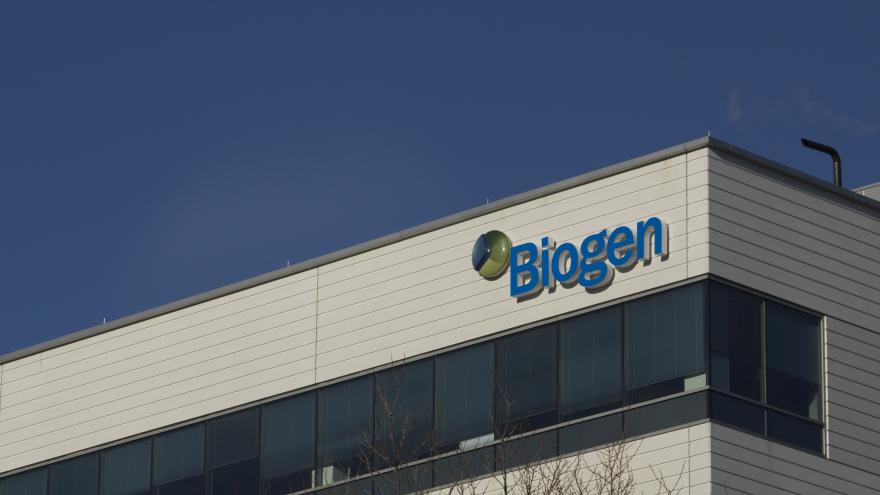 (CNN) -- Two House committees have launched an investigation into the approval and pricing of the Alzheimer's disease drug aducanumab, made by the company Biogen and sold under the brand name Aduhelm.

The US Food and Drug Administration approved the drug earlier this month under its "accelerated approval" program, although an FDA advisory committee concluded last year that there was not enough evidence to support the effectiveness of the treatment.

Biogen announced in early June that the wholesale cost of treatment -- which requires an infusion once every four weeks -- is about $4,312 per infusion, making the annual cost about $56,000 for a high dose.

"We have serious concerns about the steep price of Biogen's new Alzheimer's drug Aduhelm and the process that led to its approval despite questions about the drug's clinical benefit," House Democrats Carolyn Maloney and Frank Pallone Jr. said in a statement issued Friday about the investigation by the Committee on Oversight and Reform and the Committee on Energy and Commerce.

"We strongly support innovative treatments to help the millions of Americans who suffer from Alzheimer's disease, but Aduhelm's approval and its $56,000 annual price tag will have broader implications for seniors, providers, and taxpayers that warrant close examination," the statement said, noting that they sought to understand how Biogen set the price and what impact it would have on federal health care programs and other research.

Biogen told CNN in an email on Tuesday, "We will of course cooperate with any inquiry we may receive from these committees."

'The drug showed no good evidence that it worked'

The FDA's Peripheral and Central Nervous System Drugs Advisory Committee concluded last year that there was not enough evidence to support the effectiveness of the drug -- and thus clinical data did not support approving the treatment.

Dr. Aaron Kesselheim, a Harvard Medical School professor and Brigham and Women's Hospital physician who resigned from the advisory committee after the approval of aducanumab, said last week that "the drug showed no good evidence that it worked."

Kesselheim, who was one of three committee members to resign, called the approval "the worst drug approval in US history" in his resignation letter.

"It had important side effects," Kesselheim said on CBS's This Morning; the drug is linked to brain swelling and bleeding that can be seen in MRI scans, as well as headache, falls, diarrhea, confusion, delirium and disorientation.

The treatment clears a substance known as amyloid beta from the brain. Alzheimer's disease is characterized by growing deposits of amyloid in the brain, although research is mixed on whether it actually causes the disease and on whether removing it would help people. Biogen has argued that giving the drug early in the disease could help prevent people from getting worse.

"The FDA is totally switching gears over the last six months and approving this drug on the basis of a theory relating to the surrogate marker of amyloid plaques that we, as an advisory committee back in November, were told to not consider," Kesselheim said.

Most of the reviewers at the FDA who went over the company's submissions for aducanumab recommended approval, FDA documents show. The exception was a statistical review.

"The primary clinical review and the clinical pharmacology team's review have resulted in a conclusion that substantial evidence has been provided for the clinical benefit of aducanumab and both recommend standard approval," the FDA's Office of Neurology wrote in a summary of the agency's review.

"The primary statistical review does not recommend approval," it adds, citing specific concerns from FDA biostatistician Tristan Massie about conflicting results from studies of the drug.

But the weight of the evidence from the biologics license application or BLA supported full approval, the review says.

"Alzheimer's disease is a serious condition, and aducanumab, unlike other approved therapies, is targeted at an underlying, fundamental, and defining pathophysiological feature of the disease, with the potential to alter the inescapable and relentless progression of this disease. The clinical data that exist suggest that an alteration in such progression, assessed as a reduction in clinical decline over a prolonged period of time, is an anticipated benefit of aducanumab," the FDA reviewers wrote.

"A key issue is whether substantial evidence of effectiveness exists for amyloid beta plaque reduction," the FDA review reads. It then concludes "it does."

"In summary, with regard to the evidence of effectiveness supporting accelerated approval on the basis of a reduction in amyloid beta plaque, the requirements are met. Alzheimer's disease is a serious and life-threatening condition with a tremendous unmet medical need."

Approval will 'reverberate for years'

In an opinion piece published in the journal Annals of Internal Medicine, Dr. G. Caleb Alexander and Dr. Jason Karlawish detailed how the potential impacts of the FDA's approval of the Alzheimer's drug -- including the lack of evidence behind the approval, potential negative impact on trials and costs for families -- will "reverberate for years."

Alexander, of the Johns Hopkins Bloomberg School of Public Health, is on an FDA advisory committee that advised against approving the drug, and Karlawish, of the University of Pennsylvania, was an investigator in an aducanumab trial.

Biogen and others may be incentivized to put forth drugs that treat amyloid levels without waiting for evidence of actual clinical benefits, they wrote.

"Persons living with Alzheimer disease may choose to drop out of or not enroll in clinical trials and instead take Aduhelm," the authors wrote, saying that "as desperate patients understandably take it and possibly other amyloid-reducing drugs, the pace and progress of demonstrating safe and effective treatments for Alzheimer disease will slow."

When Kesselheim was asked what message he hoped to send to the FDA through his resignation from the agency advisory committee, he said that patients and physicians depend on the FDA to maintain reasonable standards for the drugs they provide.

"In the majority of cases, I like to think that the FDA makes the right decision," Kesselheim said. "In cases like this, where the FDA makes what I think is the wrong decision, I think that we need to understand better why the decisions were made in this way."