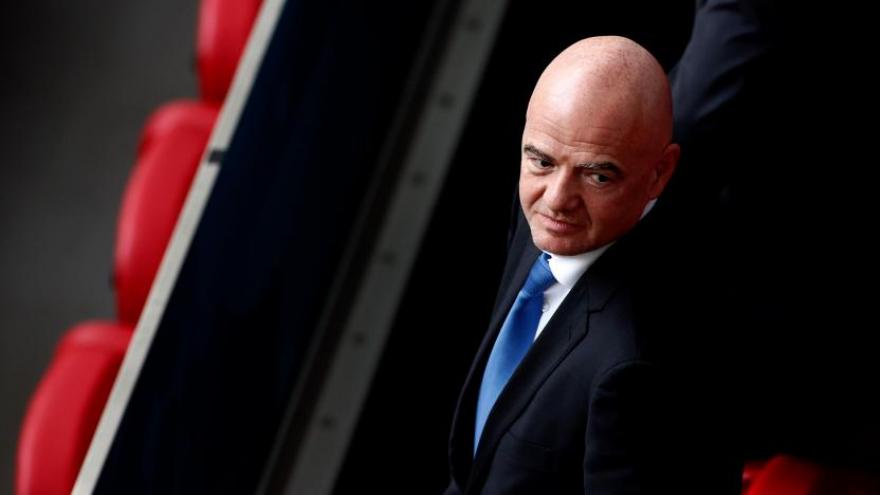 The Department of Justice says FIFA, CONCACAF, and CONMEBOL will distribute funds from the $201 million reward into a newly created World Football Remission Fund, and pictured, FIFA Secretary General Gianni Infantino in Amsterdam, on June 17.

The US Department of Justice awarded $201 million to FIFA, international football's governing body; CONCACAF, the confederation overseeing football in North and Central America along with the Caribbean countries; CONMEBOL, the governing confederation in South America, and other affected entities.

The DOJ determined the organizations had been victims of decades-long bribery schemes that have corrupted football and stunted the game's development.

"I am delighted to see that money which was illegally siphoned out of football is now coming back to be used for its proper purposes, as it should have been in the first place," said FIFA President Gianni Infantino. "The truth is that, thanks to (US Justice Department) intervention back in 2015, we have been able to fundamentally change FIFA from a toxic organisation at the time, to a highly esteemed and trusted global sports governing body."

The probe resulted in charges levied against more than 50 people and corporations from more than 20 countries, the DOJ said. The charges are "primarily in connection with the offer and receipt of bribes and kickbacks paid by sports marketing companies to soccer officials in exchange for the media and marketing rights to various soccer tournaments and events," the DOJ statement read.

"Four corporate entities have pleaded guilty and others, including banking institutions, have acknowledged their roles in criminal conduct through deferred prosecution or non-prosecution agreements," the DOJ statement read, adding that the investigation is still ongoing.

FIFA, CONCACAF, and CONMEBOL will distribute funds from the $201 million reward into a newly created World Football Remission Fund, which will be established under the FIFA Foundation "that is focused on youth programs, community outreach and humanitarian needs," DOJ said.