US is running more than 30,000 radio ads a month to deter migration from Central America 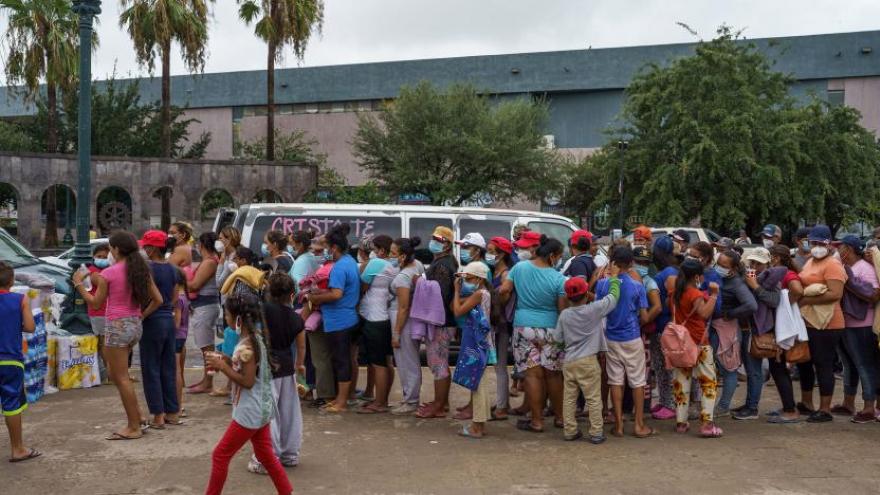 The United States is running more than 30,000 radio ads a month in Central America to deter migration amid a renewed focus on the region and the root causes pushing people to journey north, a State Department spokesperson told CNN.

(CNN) -- The United States is running more than 30,000 radio ads a month in Central America to deter migration amid a renewed focus on the region and the root causes pushing people to journey north, a State Department spokesperson told CNN.

The ad campaign is designed to combat a range of factors driving migrants to the US-Mexico border, including misinformation spread by smugglers and the widespread belief among migrants that border enforcement has been relaxed under the Biden administration. Over recent weeks, several senior administration officials, including Vice President Kamala Harris, have visited the region in an attempt to instill hope and discourage migration to the US southern border.

The State Department is bolstering that message by running thousands of ads locally, an effort that's slightly grown since the spring, when the administration was disseminating 28,000 ads a month. But it's unclear how effective they've been.

Radio is the medium most people outside of big cities use, Selee noted, but messages are less likely to resonate if not delivered by people they know, like religious leaders or public figures who are respected in the region.

Earlier this year, the number of migrants from El Salvador, Honduras and Guatemala arrested by Border Patrol was on the upswing, according to US Customs and Border Protection data. Those numbers started to decline in April, though they remain high.

A State Department spokesperson said the increase in ads per month is "not due to a ramp-up, but because of radio stations' pricing for packages."

The ads -- running in El Salvador, Guatemala and Honduras -- are in Spanish and five indigenous languages. In an ad currently running in Honduras that was shared with CNN, a man and woman discuss their hopes for the future. The man expresses a desire to go to the US to make enough money to support his parents and children. The woman concurs, but says she wants to achieve that in their country.

"But why do you want to stay here? Don't you think that you'd be more successful if you left?" the man says in Spanish.

"Before, I dreamed of going to the United States. But here, I have my family and the opportunity to do something for my community," the woman replies, stressing that they have to fight for their dreams and work to better the country.

"My dream was American. But now, it's Honduran," she concludes. The narrator then signs off, saying the roughly 40-second ad is from the US government.