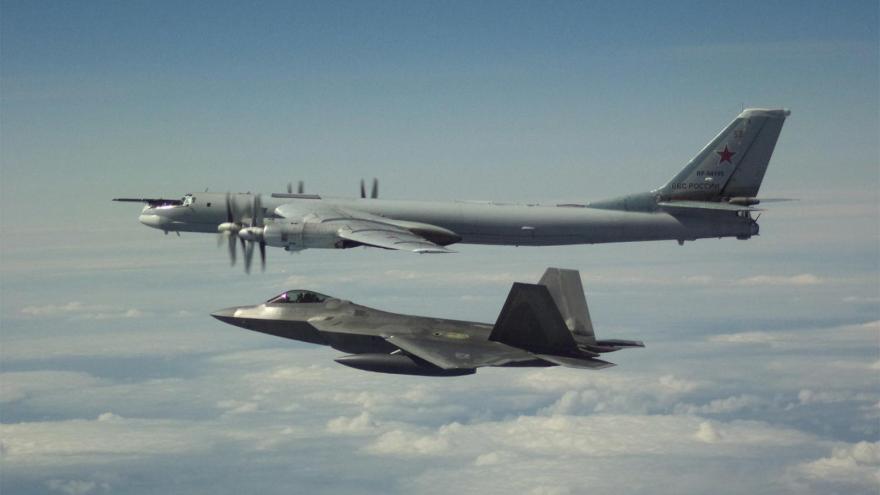 (CNN) -- The United States intercepted Russian bombers and fighter jets off the coast of Alaska on Wednesday morning, according to North American Aerospace Defense Command.

The Russian military aircraft entered the Alaskan Air Defense Identification Zone and were intercepted by US fighter jets, supported by US tankers, NORAD said in a statement. In the first encounter, NORAD said, two Russian bombers, two Russian fighter jets and a Russian airborne early warning and control aircraft came within 20 nautical miles of the coast of Alaska. The second formation was two bombers and an airborne early warning and control aircraft that came within 32 nautical miles.

NORAD also said, "The Russian military aircraft remained in international airspace and at no time did they enter United States sovereign airspace."

"Flying air patrols protects the approaches to our nations and sends a clear message we continue executing our homeland defense missions with the same capability and capacity we always bring to the fight," O'Shaughnessy said.

In March, US and Canadian fighter jets intercepted two Russian reconnaissance aircraft while they were flying off the Alaskan coast. There were also multiple intercepts involving Russian military aircraft off the coast of Alaska in 2019.