US intends to reopen consulate in Wuhan later this month 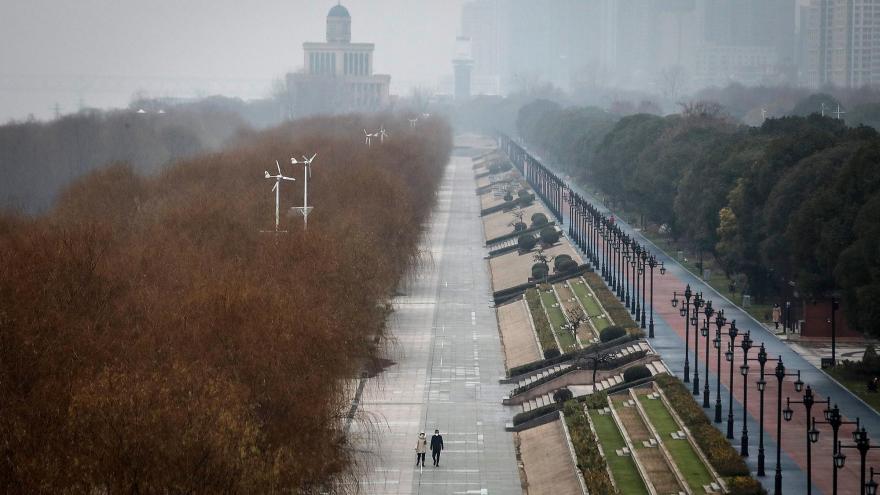 Two residents walk in an empty Jiangtan park on January 27, 2020 in Wuhan, China. The State Department informed Congress it intends to reopen the US consulate in Wuhan later this month, according to a congressional notification obtained by CNN.

(CNN) -- The State Department informed Congress it intends to reopen the US consulate in Wuhan later this month, according to a congressional notification obtained by CNN.

"The Department is planning to resume operations on or around June 22, 2020, although stands ready to modify this schedule as conditions develop," the notification from Assistant Secretary of State for Legislative Affairs Mary Elizabeth Taylor said.

"At this critical juncture in US-China relations, it is critical that our diplomatic posts in China are staffed," the notification said.

The rhetoric between Washington and Beijing has grown increasingly heated throughout the coronavirus pandemic, and the Trump administration has sought to pin blame on China for the deadly outbreak that originated in Wuhan.

Secretary of State Mike Pompeo has repeatedly condemned Beijing for a lack of transparency about the pandemic. He reiterated last month that the administration intends to punish China for the outbreak, but noted that "the precise mechanisms that we will choose -- I want to make sure that (President Donald Trump) gets the chance to get fully briefed and make those decisions."

In January, the State Department ordered nonemergency personnel and families to depart from Wuhan as the deadly virus spread throughout the region and tens of millions were locked down in cities across China. Hundreds of Americans, including the diplomats, were evacuated on State Department-chartered flights out of Wuhan in late January and early February. The lockdown in Wuhan was lifted in April.

In the congressional notification, the State Department noted that "at the current time, conditions in China generally, and Hubei province specifically, have improved to such a degree that resuming operations in Wuhan is appropriate."

CNN has reached out to the State Department for comment. The Associated Press was the first to report on the reopening.

The department's moves to reopen the consulate in Wuhan come as it also looks to bring people back into work around the world. According to a State Department spokesperson, 97 overseas posts are in Phase I and 35 are in Phase II of reopening.

Under Phase I of the department's reopening plan, "Diplomacy Strong," up to 40% of "non-vulnerable employees" may be brought back, and under Phase II, 40% to 80%, according to an overview of the plan obtained by CNN.

In Washington, they plan to enter Phase I next Monday, the spokesperson said, noting that they "are closely monitoring local conditions in the greater Washington metro area."

"While telework is no longer mandatory in Phase I, we still strongly encourage maximum use of telework opportunities," they said in a statement. "Our goal is to maintain a safe workplace while advancing American diplomacy."