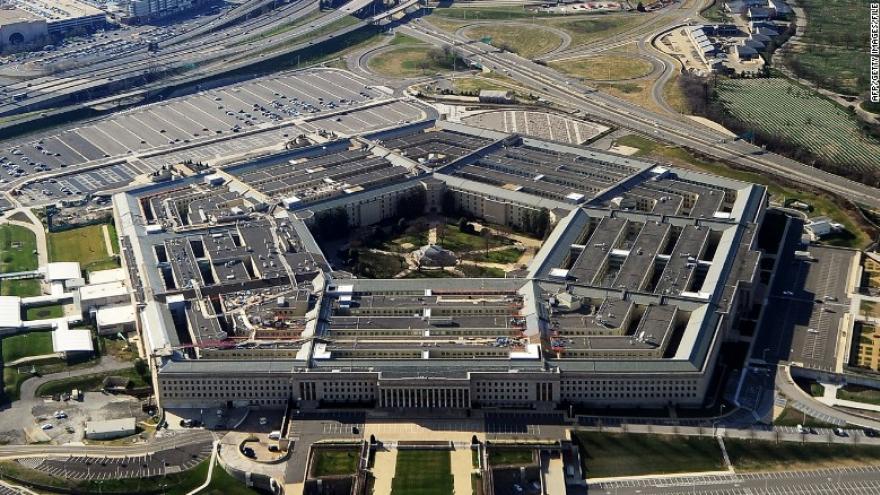 (CNN) -- New US intelligence findings estimate Russia could begin a military offensive in Ukraine in a matter of months as it amasses up to 175,000 troops along the border, a startling escalation that President Joe Biden has warned could lead to severe consequences.

The latest developments come after months of steady increases along the Russia-Ukraine frontier that have alarmed US and Western officials and led to tense conversations between American diplomats and their counterparts.

CNN reported Friday that Russian forces have capabilities in place along the Ukraine border to carry out a swift and immediate invasion, including erecting supply lines such as medical units and fuel that could sustain a drawn-out conflict, should Moscow choose to invade.

Officials said the current levels of equipment stationed in the area could supply front-line forces for seven to 10 days and other support units for as long as a month.

The intelligence findings, first reported by the Washington Post and described by an administration official, say Russia could begin the offensive "as soon as early 2022" with 100 battalion tactical groups, which is twice the scale of forces Russia built up in the region last spring.

Half those units are currently near Ukraine's border, the intelligence finds. The official said the determination was based on images over the last month.

US Army Chief of Staff Gen. James McConville said Saturday that "somewhere around 95,000 to 100,000 Russian soldiers" were on the border of Ukraine.

"I don't know what they're going to do. But I am very, very concerned about their posture, and it's in the news," McConville said, while speaking on a panel at the Reagan National Defense Forum. "That gives a lot of options to the Russians, and I'm not quite sure what they're going to do. But to me, that is a terrible ... It's going to have a terrible impact on the stability and security of our European friends, and so I have serious concerns about that."

McConville's statement is thought to be the first on-the-record acknowledgment of reports of the troop levels by the US military.

The build-up has led to a planned "secure video call" on Tuesday between Presidents Joe Biden and Vladimir Putin, White House press secretary Jen Psaki said in a statement Saturday.

"The leaders will discuss a range of topics in the U.S.-Russia relationship, including strategic stability, cyber, and regional issues," Psaki said. "President Biden will underscore U.S. concerns with Russian military activities on the border with Ukraine and reaffirm the United States' support for the sovereignty and territorial integrity of Ukraine."

Asked as he departed the White House on Friday evening about the intelligence findings, Biden voiced deep concerns.

"We've been aware of Russia's actions for a long time," he said as he left for Camp David. "My expectation is we're going to have a long discussion with Putin."

The intelligence also suggests Russia has suddenly established a reserve of contract troops that would be mobilized in the event of a Ukrainian offensive.

In addition to the military buildup, the intelligence suggests a Russian influence campaign meant to denigrate Ukraine's leaders and the North Atlantic Treaty Organization, which has been warning against a Russian offensive.

"Recent information also indicates that Russian officials proposed adjusting Russia's information operations against Ukraine to emphasize the narrative that Ukrainian leaders had been installed by the West, harbored a hatred for the 'Russian world,' and were acting against the interests of the Ukrainian people," the administration official said.

On Friday, Biden warned he would make it "very, very difficult" for Putin to take military action in Ukraine, describing "the most comprehensive and meaningful set of initiatives" to deter the Russia leader from going ahead with an invasion.

US officials have said that could include new sanctions, including on wealthy Russians in Putin's inner circle, and increased military assistance to Ukraine.

A National Security Council spokesperson, discussing the latest intelligence, said the US is "deeply concerned by evidence that Russia is stepping up its planning for significant military action against Ukraine."

"The Biden administration has been consistent in our message to Russia: the United States does not seek conflict, and the best way to avert a crisis and a negative spiral in the broader relationship is through diplomacy and de-escalation," the NSC spokesperson said.

Speaking in Parliament on Friday, the Ukrainian defense minister described Russia using waves of military buildups as a tactic, amassing its troops near Ukraine's borders and then pulling them back to their permanent bases, leaving the equipment behind -- thereby reducing the time needed for deployment.

"In April and September this year, Russia pulled than 50 battalion tactical groups to our borders. Currently, 41 battalion tactical groups are in combat readiness around Ukraine and in the temporarily occupied Crimea. Of these, 33 stay on a permanent basis and eight have been additionally transferred to Crimea. The total number of troops in Russia, as well as in the temporarily occupied territories, which may be used for escalation, is now estimated at 94,300 people," Oleksii Reznikov said.