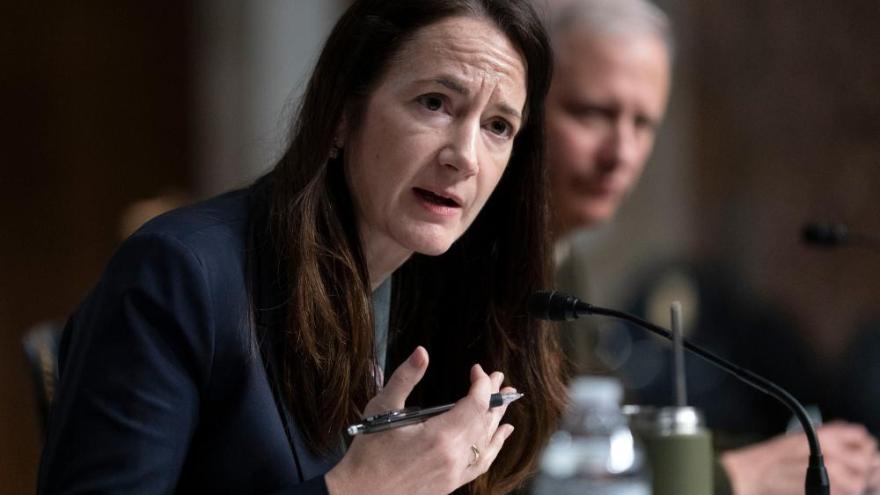 Director of National Intelligence Avril Haines, pictured here, in Washington, DC, on May 10, has sent a letter to the House Intelligence and House Oversight committee chairs, saying the intelligence community is conducting a damage assessment of the documents taken from former President Donald Trump's home in Mar-a-Lago, according to a letter obtained by CNN.

(CNN) -- Director of National Intelligence Avril Haines has sent a letter to the House Intelligence and House Oversight committee chairs, saying the intelligence community is conducting a damage assessment of the documents taken from former President Donald Trump's home in Mar-a-Lago, according to a letter obtained by CNN.

"The Department of Justice (DOJ) and the Office of the Director of National Intelligence (ODNI) are working together to facilitate a classification review of relevant materials, including those recovered during the search," Haines wrote in her letter to House Intelligence Chair Adam Schiff and House Oversight Chair Carolyn Maloney.

Several members of Congress have called for an intelligence damage assessment of the documents.

Politico was first to report on the letter.

Haines also sent a letter to the Senate Intelligence Committee saying her office would lead an assessment about the risks to national security, according to two sources familiar with the matter.

In addition, the Justice Department sent a letter to the Senate panel saying that it would be sharing materials with the intelligence agencies while adhering to its longstanding tradition of not disclosing any non-public information during an active investigation, the sources said.

Maloney and Schiff said in a joint statement that they were "pleased" that Haines has launched the intelligence damage assessment of classified documents found at Trump's home in Florida.

The two chairs, who had called for the assessment after the FBI searched Trump's home earlier this month, also said that the assessment must move "swiftly."

On Friday, Senate Intelligence Chairman Mark Warner, a Virginia Democrat, said in a statement following the release of the redacted affidavit that his panel had made a bipartisan request for "a damage assessment of any national security threat posed by the mishandling of this information."

The DOJ sought the warrant after the National Archives engaged in a protracted monthslong effort to retrieve documents taken from Trump's White House to Mar-a-Lago. After the Archives organized the return of 15 boxes of presidential materials from Mar-a-Lago in January, it referred the matter to the Justice Department for a criminal investigation.

In May, FBI agents reviewed the 15 boxes provided to the National Archives, and the search warrant affidavit details the amount of classified material that was found.