US intel chief says spy agencies still do not know 'where, when or how' Covid-19 was initially transmitted 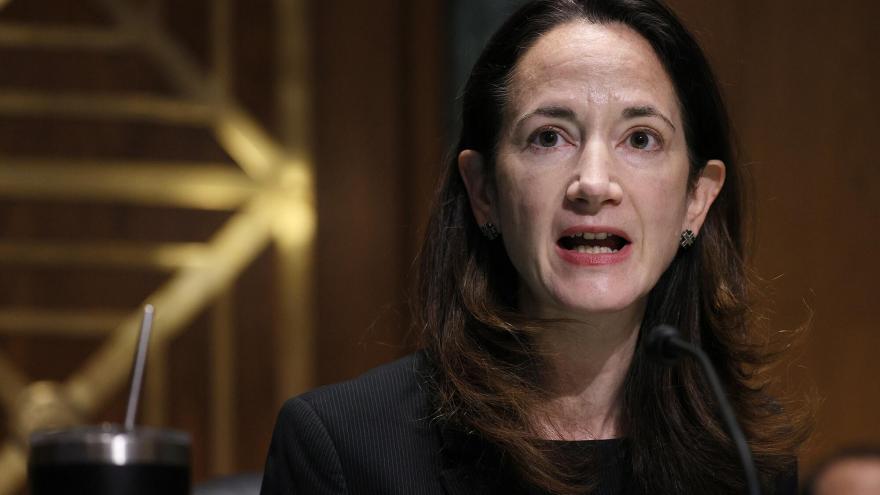 US intelligence agencies still do not know "exactly where, when, or how Covid-19 virus was transmitted initially" in China but remain focused on two primary theories, that "it emerged naturally from human contact with infected animals or it was a laboratory accident," Avril Haines told Senate lawmakers on April 13.

(CNN) -- US intelligence agencies still do not know "exactly where, when or how Covid-19 virus was transmitted initially" in China but remain focused on two primary theories, that "it emerged naturally from human contact with infected animals or it was a laboratory accident," the nation's top spy told Senate lawmakers on Wednesday.

That admission from Director of National Intelligence Avril Haines came during the worldwide threats hearing. Her testimony is consistent with an intelligence community statement from almost a year ago that said it has not determined "whether the outbreak began through contact with infected animals or if it was the result of an accident at a laboratory in Wuhan."

That statement also said definitively the virus "was not man-made or genetically modified."

"It is absolutely accurate the intelligence community does not know exactly where, when, or how Covid-19 virus was transmitted initially, and basically components have coalesced around two alternative theories, these scenarios are it emerged naturally from human contact with infected animals, or it was a laboratory accident," Haines told members of the Senate Intelligence Committee.

CIA Director William Burns, who also appeared alongside other intelligence agency leaders Wednesday, that he agreed with Haines' remarks and added that it is clear to analysts "the Chinese leadership has not been fully forthcoming or fully transparent in working with the {World Health Organization} who were providing the kind of original complete data that would help answer those questions."

"We're doing everything we can, using all the sources available to all of us on this panel to try to get to the bottom of it," he added.

National Security Agency director and head of US Cyber Command Gen. Paul Nakasone noted that US cyber agencies are aiding that effort and continue to gather and analyze information around the virus' origins.

The source also told CNN that there is increasingly strong evidence to suggest that the wet market was not the initial source of the outbreak.

Another official from a country that is part of the Five Eyes intelligence-sharing coalition concurred: the lab theory hasn't been entirely discounted because of lack of data and access from the Chinese.

In her opening remarks during Wednesday's hearing, Haines told lawmakers that China poses "an unparalleled priority for the intelligence community" and is pushing to revise global norms in ways that favor Beijing using a variety of tactics.

She warned specifically that China has "substantial" cyber capabilities that "if deployed, at a minimum, can cause localized, temporary disruptions to critical infrastructure inside the United States."

During her brief opening remarks, Haines also warned that global disruptions like the Covid-19 pandemic, climate change and technological change are likely to produce more competition internationally and instability across the globe. That reality "compels" the intelligence community must broaden its definition of national security, she said.

"At no point has it been more important to invest in our norms and institutions, our workforce, and the integration of our work," Haines said.

The withdrawal of US and coalition troops from Afghanistan was raised by multiple lawmakers during Wednesday's hearing as President Joe Biden is set to formally announce Wednesday that American forces will leave the country before the 20th anniversary of the September 11 terror attacks.

If the United States withdraws from Afghanistan -- "whenever that time comes" -- the CIA's ability to collect intelligence and act on potential threats there will "diminish," agency director Bill Burns told the Senate Intelligence Committee.

Neither al Qaeda or ISIS currently have the ability to strike the US homeland, Burns said, but "it is clear that our ability to keep that threat in Afghanistan in check from either al Qaeda or ISIS in Afghanistan has benefited greatly from the presence of US and coalition militaries on the ground and in the air, fueled by intelligence provided by the CIA and our other intelligence partners."

The CIA's operations in Afghanistan have long depended on the traditional military presence there and questions have swirled around what kind of intelligence and counterterrorism capabilities the United States might be able to retain in Afghanistan after September 11, as Biden has vowed to do.

When the US does withdraw, Burns said the United States will "retain a suite of [intelligence] capabilities," some of them preexisting and some that will have to be developed to help the United States keep tabs and disrupt any effort by either al Qaeda or ISIS to rebuild.

"All of that means that there's there is a significant risk once the US military and the coalition militaries withdraw, but we will work very hard at CIA and with all of our partners to try to provide the kind of strategic warning to others in the US government, that enables them and us to address that threat if it starts to materialize," Burns said.

The Russian military buildup along its border with Ukraine, as well as in Crimea, is a "serious concern" and could be a precursor to "limited military incursions" by Russia, Burns said Wednesday, echoing comments made by other top administration officials in recent days.

The moves by the Russian military could be an intimidation tactic to Ukraine's leadership, as well as signaling to the United States, Burns said.

"That buildup has reached the point where, you know, it also could provide the basis for limited military incursions as well," Burns told the committee.

That was part of Biden's conversation with Russian President Vladimir Putin on Tuesday, Burns said, in which Biden proposed a summit with Putin in the coming months.

Burns, a veteran diplomat who was ambassador to Moscow, joked that "most of my white hair came from serving in Russia and dealing with Putin's Russia over the years."