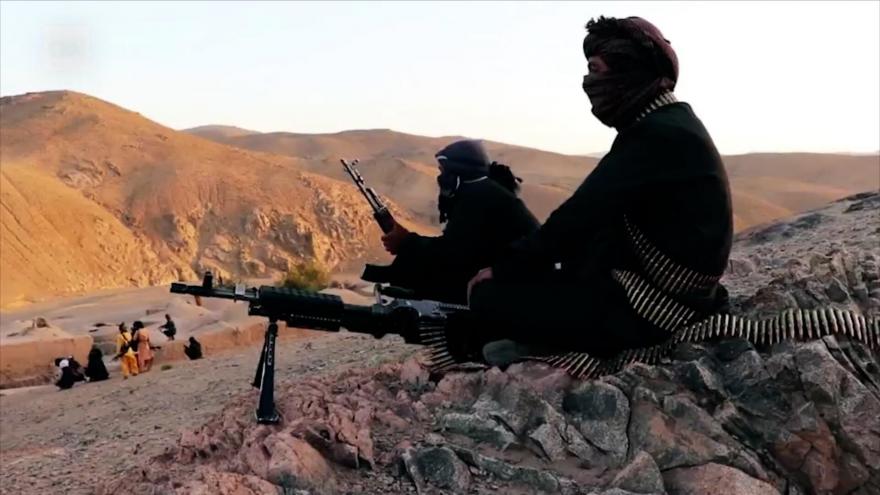 A June report from the UN Security Council has sounded the alarm over the threat posed by an emboldened Taliban in Afghanistan. The military organization is said to still hold close ties to terrorist network al Qaeda, setting up the scene for all kinds of chaos when US troops complete their withdrawal from the country by September 11.

(CNN) -- US Intelligence assessments paint an increasingly bleak picture of the Taliban's quickening advance across Afghanistan and the potential threat it poses to the capital of Kabul, warning the militant group could soon have a stranglehold on much of the country in the wake of the US withdrawal of troops, multiple sources briefed on the intelligence tell CNN.

The Taliban advance is "accelerating at an accelerating pace," said a congressional source with knowledge of the intelligence, echoing concerns raised by other officials who have acknowledged the security situation is deteriorating even more rapidly than previous assessments have indicated.

While multiple sources familiar with recent US intelligence assessments say Kabul is facing an increased threat, especially the outer edges of the province, they argue the capital is not at imminent risk of a takeover, thanks in part to the threat of US airstrikes and the size of the Taliban force. Kabul's population has also grown significantly since the Taliban last took control of the city in the 1990s and its inhabitants are deeply opposed to, and fearful of, the militant group.

But there are clear signs the Taliban is tightening its grip as the US completes its withdrawal from the country after almost two decades of war.

US intelligence agencies currently believe that the Taliban could effectively choke off the Afghan government's import supply if they choose to do so and will likely encircle much of the country in the near future, one source familiar with assessments told CNN.

In addition, these sources say Taliban fighters could potentially move on the capital once they are confident the outcome would be successful.

One concern is that the Taliban may soon have the capability to lay siege to Kabul, forcing Afghan troops to fight or surrender. Members of the Afghan security forces have already been surrendering to the Taliban in cities and provinces around the country.

"They might not even have to take the risk of establishing battle positions around Kabul, they might only need to move in, when they're closer to thinking that victory is assured," the source familiar with assessments said.

But others warn that the Taliban is not currently capable of taking over Kabul militarily.

The increasing urgency around a potential Taliban takeover poses a challenge for President Joe Biden, whose critics are warning the US could face a "Saigon moment," a reference to the demoralizing scramble in 1975 as the US pulled its final troops out of Vietnam.

Should Afghanistan's capital come under immediate threat, the US would be faced with a difficult decision about when and how to evacuate US personnel still stationed there.

Evacuation plans and resources exist. The choice now facing US officials is between an orderly withdrawal or something more rushed and precarious.

While assessments related to the timing of the Taliban's efforts vary, US officials have made clear it is widely believed the group intends to establish itself as the country's primary governing power.

American intelligence officials have been closely watching the security situation on the ground as predictions about Afghanistan's stability have become more dire over time.

US intelligence services, military commanders and members of Congress are all warning that the Afghan government won't be able to stand up to the Taliban without the backing of American firepower. The Taliban has already moved rapidly to take over districts in the northern parts of Afghanistan, leading US military commanders to raise the prospect of a civil war once US troops are gone.

The Taliban has taken over four border crossing locations in the last month and others remain contested, a development that has fueled concerns about the group's control over the flow of resources coming in and out of the country, three sources told CNN.

For now, the Taliban has kept these locations open and is currently able to collect import-export fees of cross border trade in Afghanistan, one of the sources said.

The Afghan government sees the threat posed by the Taliban efforts to take over the border crossings and is forming special units to protect them, another source told CNN.

Yet it's unclear how successful those units will be.

Afghan forces tasked with holding the famous "Freedom Bridge" border to Uzbekistan in recent weeks failed to hold it, despite reinforcements and rings of security around the border and the access towns nearby.

US officials are also concerned, with the first source telling CNN that by controlling these areas, the Taliban could effectively choke off the Afghan government's access to imports or redirect resources to any location of their choosing.

Kabul as a last stop

For now, though, the risk of an imminent Taliban takeover of Kabul is low, sources familiar with recent US intelligence assessments say.

One reason is that Kabul would be the Taliban's last stop and it would likely target big population centers before advancing on the capital, one of those sources said.

The second is that the Biden administration has told Afghan officials that if major population centers are under threat, they will engage tactically through air strikes, providing some reassurances that the US would take action to protect Kabul if necessary out of its own national security interest, the source added.

Still, US officials remain concerned about the increasing momentum of the Taliban's advance and the information vacuum caused by a decrease in intelligence gathering capability over the last several months.

Without a clear picture of what's happening on the ground, some officials worry that the US may not be able to appropriately respond to indications the Taliban is preparing to advance on the capital.

And while closing the US embassy in Kabul would be among the most extreme steps taken, the Biden administration has also made clear it will not endure a Saigon moment, raising questions about what is to come in the weeks and months ahead.