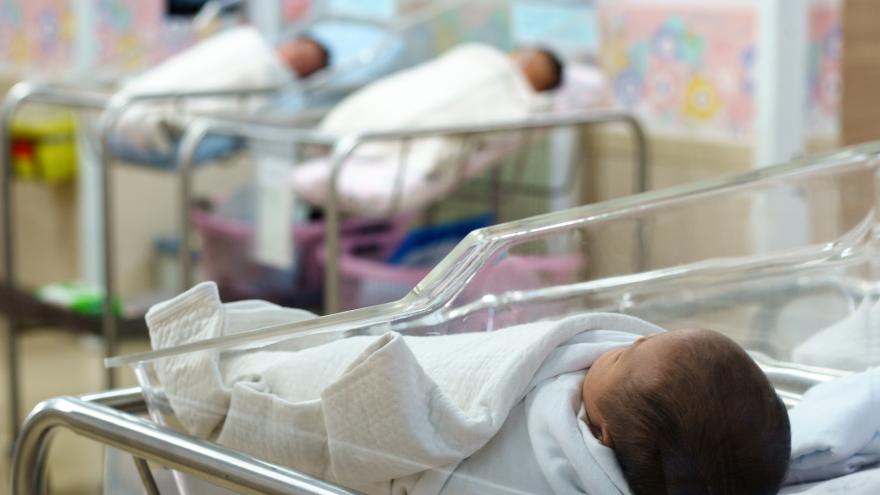 (CNN) -- The age of women giving birth climbed as infant death rates declined in the United States between 2000 and 2017, according to a new report from the US Centers for Disease Control and Prevention.

But the welcome news was tempered by the fact that Black infants still have over twice the risk of dying as White infants, experts pointed out.

Infant mortality rates fell for all age groups, and shifts in the age of women giving birth accounted for about one-third of the decline from 2000 through 2017, according to the report, published in the CDC's National Vital Statistics Reports on Thursday.

Still, experts warned it may be too soon to celebrate this decline in deaths.

"What should not be acceptable to us is that we still have about 22,000 infant mortalities — or infants who do not get to see their first birthday," said Dr. Rahul Gupta, chief medical and health officer at March of Dimes in New York, who was not involved in the new report.

It's already known that Black infants have 2.3 times the infant mortality rate as White infants, according to the US Office of Minority Health.

The new CDC report, based on birth and infant death data from the National Vital Statistics System, also found that the percentage of births increased between 2000 and 2017 for women ages 25 and older in the United States.

The sharpest rise was in women over age 35, the report found. Overall, birth percentages among:

However, there was an even sharper decline in percentage of births for women below age 25. Births to women under age 20 declined by 57% and by 21% for women between 20 and 24.

"One of the things that this report shows is that we made tremendous progress in curbing the trends of teenage pregnancy in this country and we've been declining at about 8% a year," Gupta said.

"However, that progress disproportionately positively impacts non-Hispanic White women," he added. "And what we're seeing is the shift that happens in aging is proportionately more likely to impact negatively Black women unfortunately. This is the importance of this data."

The new report has some limitations, including that the findings are dependent on what information has been reported to the CDC and captured in the data.

"What comes in goes out. The limitation of this report is that the data could be incomplete," Gupta said, adding that the data that is captured on race is what gets reported. "So there may be other data that didn't get captured."