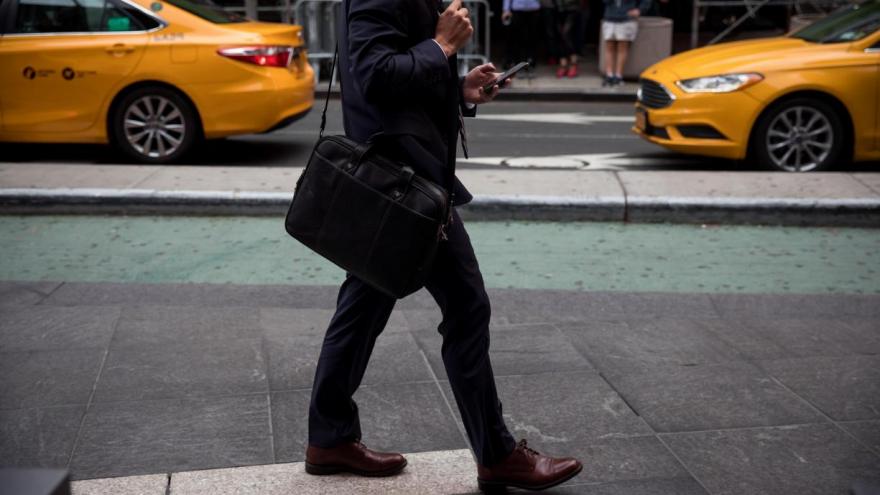 Median US household income stayed essentially flat in 2018 at $63,200, according to data released by the Census Bureau

(CNN) -- Median US household income stayed essentially flat in 2018 at $63,200, breaking a three-year streak of increases, according to data released by the Census Bureau on Tuesday.

But the poverty rate fell slightly to 11.8% last year, down from 12.3% the year before. It has finally fallen below the rate in 2007, when the Great Recession began.

The Census Bureau reported that some 38.1 million people were in poverty, 1.4 million fewer than in 2017.

The Census Bureau survey offers a look into how the economy is faring nearly a decade after the Great Recession ended in mid-2009. Median income in 2018 was not statistically different than in 2007 or in 1999, which was the high point.

"It tells a pretty darn depressing story," said Justin Wolfers, economics professor at the University of Michigan, of the report. "Two decades with no progress for the middle class."

The data comes amid growing concerns over the direction of the US economy, which is slowing down amid President Donald Trump's trade war with China.

There are signs that Americans are feeling increasingly wary about the economy. A new ABC News/Washington Post poll showed that 6 in 10 Americans said they believe that a recession is "very likely" or "somewhat likely" within the next year, while the August University of Michigan Consumer Sentiment Index showed its largest monthly decline since late 2012, with people voicing concerns about Trump's tariff policies.

However, the strong labor market is continuing to buoy consumer confidence, according to a recent Conference Board report.

Median income edged up 1.8% in President Donald Trump's first year in office but has plateaued despite a strong job market and historically low unemployment.

There were 2.3 million more full-time, year-round workers in 2018, according to Census Bureau data. The unemployment rate hovered near a 50-year low for several months last year.