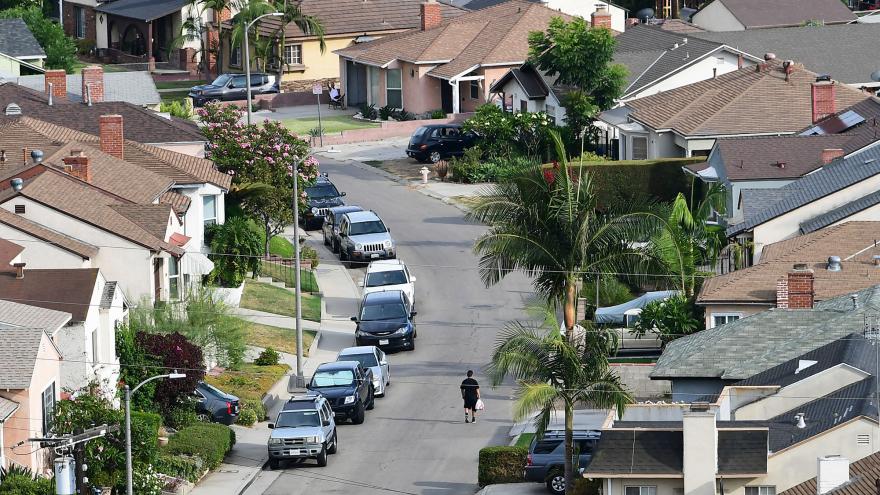 (CNN) -- Americans have more debt than ever before.

A surge in credit card spending and home purchases caused US household debt to increase by $313 billion, or 2.1%, in the second quarter, according to the Federal Reserve Bank of New York.

That's the largest nominal jump since 2007 and the biggest percentage increase in seven and a half years.

In total, American consumers held $14.96 trillion in debt at the end of June — the biggest pile of bills on record and $812 billion more than what was owed at the end of 2019, before the pandemic hit.

Credit card balances rose by $17 billion in the second quarter, but they still remain $140 billion below levels at the end of 2019. Auto loan balances increased by $33 billion.

Mortgage debt, the single biggest contributor to overall household debt, rose $282 billion to $10.44 trillion. A whopping 44% of the outstanding balances were originated over the past year, accounting for both new mortgages and refinancings.

But even though the US housing market is red hot and borrowing to purchase homes is through the roof, "there are still 2 million borrowers in mortgage forbearance who are vulnerable to financial distress once the forbearance programs come to an end," said Joelle Scally administrator of the Center of Microeconomic Data at the New York Fed.

As the programs were first being implemented, the mix of borrowers taking advantage of mortgage forbearance protections was diverse in terms of credit scores. But over time, higher credit score borrowers left the programs, leaving only the more financially vulnerable.

What will happen after the pandemic-era protections expire? That's perhaps the biggest public policy question of the recovery.

Federal programs as well as lender initiatives kept loan delinquencies in check as the number of mortgages entering delinquency hit a record low in Q2.

Meanwhile student loans, the only debt category that declined last quarter — falling to $14 billion — are mostly still covered by forbearance programs under the CARES Act.