US greenhouse gas emissions fell in 2019 due to less coal consumption, data shows 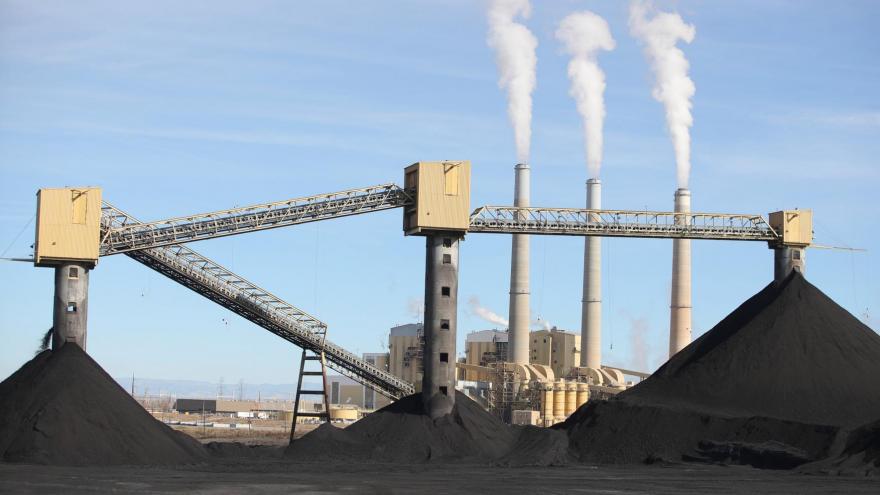 US greenhouse gas emissions reversed course and dropped an estimated 2.1% in 2019, according to an analysis of preliminary figures published Tuesday by the Rhodium Group, a private data analytics firm.

(CNN) -- At last, there's a small bit of good news concerning the state of the planet.

After rising sharply in 2018, US greenhouse gas emissions reversed course and dropped an estimated 2.1% in 2019, according to an analysis of preliminary figures published Tuesday by the Rhodium Group, a private data analytics firm.

A 2.1% decline may not seem like much. But the US is the world's second-largest contributor of planet-warming gases, and the reduction seen in 2019 represents an estimated 124 million metric tons of CO2 that were kept out of the atmosphere, the research found.

That's roughly equal to the annual greenhouse gas emissions produced by the entire economy of the Philippines, Hannah Pitt, a senior analyst at the Rhodium Group and a co-author of the group's 2019 emissions report, told CNN.

The emissions dip is almost solely due to the drop in the amount of electricity produced by coal-fired power plants.

The study found that coal power generation fell 18% in 2019, representing the steepest year-over-year decline in recorded history and bringing coal power in the US to its lowest levels since 1975, despite broad efforts by the Trump administration to resuscitate the industry.

Power generation, which accounts for just one-fourth of overall US emissions, was the only sector of the US economy that significantly cut greenhouse gas emissions in 2019.

Emissions from nearly every other sector -- transportation, buildings, industry, agriculture and more -- either stayed roughly flat or rose slightly in 2019, the report found.

"There are two sides to the coin. We're seeing shifts in the power sector away from coal and to renewables and natural gas," Pitt said. "But if we're not making progress on the rest [of the economy], it's going to be hard for us to make progress on the whole."

And the report makes clear that despite the modest progress made in 2019, the cuts are nowhere near what is needed for the US to meet its Paris agreement reduction targets.

However, President Donald Trump officially announced in November the beginning of the United States' formal withdrawal from the Paris accord. The withdrawal is effective on November 4, 2020.

If it were to meet the Paris agreement goals, the US would need to slash emissions by an average of 2.8% to 3.2% over the next six years, a rate much higher than the 0.9% average annual reduction the country has achieved since 2005.

"That's a tall order, but it's not impossible," Pitt said. "But I don't see that happening without ambitious and rapid implementation of climate policy at the federal level."