US government executes only Native American on death row, despite calls from tribal leaders to the President for clemency 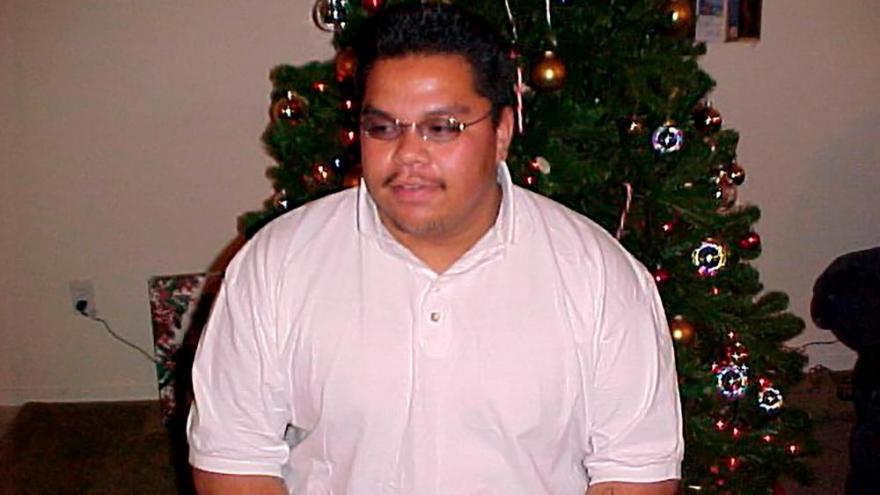 This undated family photo provided by Auska Mitchell shows Lezmond Mitchell, who is scheduled to be executed at the federal prison complex in Terre Haute, Indiana, for the 2001 killing of Alyce Slim and her granddaughter.

(CNN) -- Tribal leaders and attorneys for Lezmond Mitchell held out hope until the end that President Donald Trump would step in to stop his execution, but at 6:29 p.m. Wednesday, Mitchell became the fourth federal inmate executed this summer, and by his attorneys' account, the first Native American since the resumption of the federal death penalty in 1994.

Mitchell's death sentence drew fierce opposition from the leaders of his tribe, the Navajo Nation, and the leaders of 13 other tribal nations who criticized the federal government's actions as an insult to their sovereignty.

"This is an affront to our Nation because we should be the ones to decide these matters," the Navajo Nation said in a statement after the execution.

Attorneys for Mitchell said the federal government "added another chapter to its long history of injustices against Native American people" with his execution. "The very fact that he faced execution despite the tribe's opposition to a death sentence for him reflected the government's disdain for tribal sovereignty," attorneys Jonathan Aminoff and Celeste Bacchi said in a statement.

The Navajo Nation's president and vice president wrote to Trump in late July asking him to reduce Mitchell's sentence to life in prison.

"This request honors our religious and traditional beliefs, the Navajo Nation's long-standing position on the death penalty for Native Americans, and our respect for the decision of the victim's family," Navajo President Jonathan Nez and Vice President Myron Lizer wrote in a joint letter. One victim's father has since spoken out in favor of the death penalty for Mitchell, saying the Navajo Nation does not speak for him.

Despite Mitchell's petition for clemency and multiple letters to the President from leaders of several tribal nations, Trump did not act on the request to spare Mitchell from death. Lizer appeared Tuesday night in a speaking role at the Republican National Convention saying, "Whenever we meet with President Trump, he has always made it a priority to repair the relationship with our federal family." Lizer did not mention the pending clemency petition before the President.

Mitchell was convicted in connection with the 2001 murders of a 63-year-old Navajo woman, Alyce Slim, and her 9-year-old granddaughter, Tiffany Lee, on the Navajo reservation in the northeast corner of Arizona. Prosecutors said Mitchell and his co-defendant murdered Slim and Lee, dismembering both of their bodies and burying them, so they could steal Slim's pickup truck and use it in an armed robbery. Mitchell, who was 20 at the time of the crimes, was found guilty on multiple charges including first-degree murder, felony murder and carjacking resulting in death.

An attorney for Lee's father, Daniel Lee, read a statement on his behalf after the execution. "I have waited 19 years to get justice for my daughter, Tiffany," the statement read, according to a pool report. "But I hope this will bring some closure."

"Had it not been for the Trump administration," Lee's statement said, "I do not think I would have ever received justice or a sense of finality."

Mitchell's attorneys have said he would be the first Native American in modern history to be executed by the US government for a crime committed against another Native American on tribal land.

But federal prosecutors in Mitchell's case found a legal loophole -- they could pursue the death penalty in the carjacking resulting in death charge, which is not considered a serious crime under the law and is not part of the agreement allowing tribes to object to the death penalty.

Several judges have voiced their concern for this dismissal of tribal sovereignty, despite denying appeals from Mitchell. In April, two judges on the Ninth Circuit Court of Appeals wrote separate opinions questioning the Justice Department's decision to seek the death penalty in Mitchell's case.

"The imposition of the death penalty in this case is a betrayal of a promise made to the Navajo Nation, and it demonstrates a deep disrespect for tribal sovereignty," Judge Morgan Christen wrote.

Judge Andrew Hurwitz urged the Trump administration to "take a fresh look at the wisdom of imposing the death penalty," noting that "a proper respect for tribal sovereignty requires that the federal government not only pause before seeking that sanction, but pause again before imposing it."

Mitchell's attorneys also raised concerns about potential racial bias in his conviction and sentencing, pointing to the fact that he was tried in a federal court 300 miles from the capital of the Navajo Nation and his jury was comprised of 11 White people and one Native American. The Ninth Circuit Court of Appeals rejected Mitchell's motion to interview jurors to determine if there was racial bias in his case.

Last-minute appeals to the Supreme Court and federal court in Washington, DC, were denied.

"Nearly 19 years after Lezmond Mitchell brutally ended the lives of two people, destroying the lives of many others, justice finally has been served," Department of Justice spokesperson Kerri Kupec said in a statement Wednesday evening.

Mitchell is the fourth federal inmate executed this summer after the Justice Department reinstated the federal death penalty following a 17-year hiatus.

This story has been updated with Mitchell's execution.