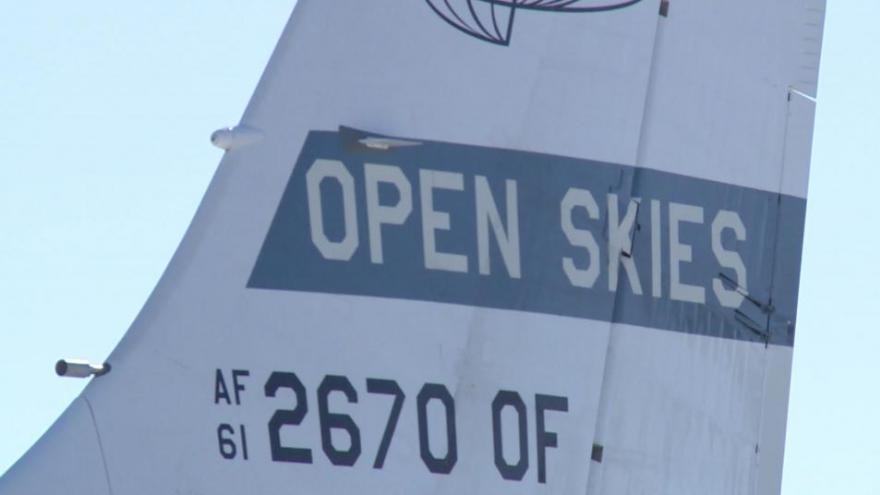 (CNN) -- The US on Sunday formally exited the decades-old Open Skies Treaty, some six months after President Donald Trump first announced the decision, according to the State Department.

The Trump administration has cited Russian restrictions on Open Skies flights as the reason why it sought to exit the treaty, accusing Moscow of imposing limits on flights near its exclave of Kaliningrad, an area between Poland and Lithuania where the Russian military maintains a robust presence.

The US has also accused Russia of denying flights within 6.2 miles of the Georgia-Russia border, and denying a previously approved flight over a major Russian military exercise.

'We will pull out'

"Russia didn't adhere to the treaty, so until they adhere, we will pull out," Trump told reporters outside the White House in May.

America's European allies, however, value the treaty, as it gives them the ability to collect aerial reconnaissance information that they would not necessarily have access to outside of the treaty.

In a lengthy May statement explaining the US decision to exit the agreement, Secretary of State Mike Pompeo said that the US understands Europeans still value the treaty, saying that it was one of the reasons the US stayed in the treaty for some period despite Moscow's unwillingness to adhere to it.

The treaty gave US allies and partners without sophisticated satellite capabilities a way to gather and share -- all the member countries could access imagery gathered on flights.

Pentagon officials have told CNN that the US military intends to share some of its intelligence and reconnaissance data from assets such as satellites with European allies in order to help compensate for any loss of critical information from the cessation of Open Skies flights.

The Trump administration similarly exited the Intermediate-Range Nuclear Forces Treaty over what the US and all NATO members said were Russian violations of the accord due to Moscow's deployment of intermediate-range, nuclear-capable missiles.