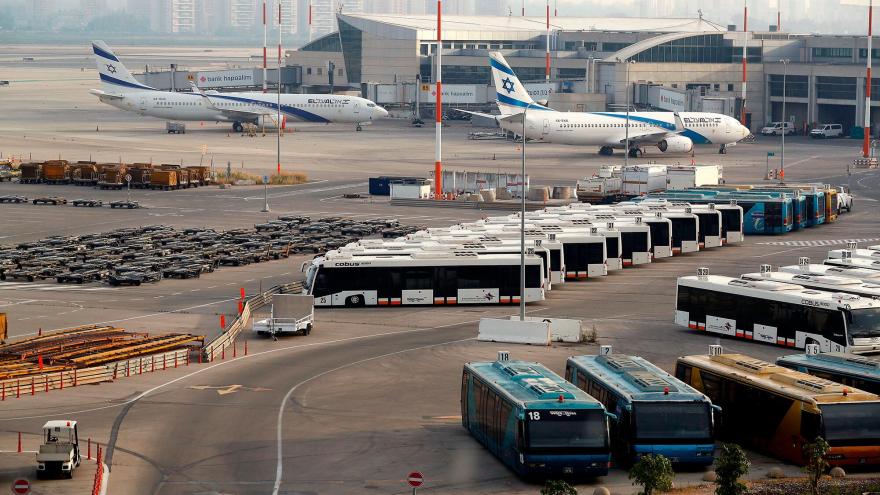 The US Department of Transportation has filed a complaint with Israel over unfair treatment of airlines, stemming from the closure of Ben Gurion International Airport.

(CNN) -- The US Department of Transportation has filed a complaint with Israel over unfair treatment of airlines, stemming from the closure of Ben Gurion International Airport in which Israel has allowed the country's El Al airline to fly passengers but barred US airlines from doing the same, an Israeli official with knowledge of the complaint confirmed to CNN.

Israel closed its airport to nearly all traffic in late-January in an attempt to slow the spread of coronavirus. The closure, only intended to last a week, has since been extended to February 20 and may be extended again.

Authorities in Israel have allowed El Al, the country's struggling airline, to operate limited flights with restricted passenger service, but US airlines that fly to Israel, such as United and Delta, have only been able to operate their flights as cargo service.

"Delta is not currently operating passenger services between Israel and the United States because of the ongoing government restrictions. Delta's application for authority to operate flights to repatriate people in both directions was denied by the government of Israel," a spokesman for Delta Air Lines told CNN. "Delta is continuing to operate its cargo operations between the US and Israel."

A spokeswoman for United said the airline is operating regular scheduled flights to Tel Aviv from Newark and San Francisco, but only as cargo service.

The US Department of Transportation has not responded to a request for comment.

The Israeli official said the decision to bar passengers on US carriers was not intended to harm those airlines. Rather, it was an attempt to contain the spread of coronavirus, the official said. The complaint is being discussed between the two Transportation officials, the official added, and the issue will end the moment Israel reopens its airport.

The difference in operations could be an unfair advantage for El Al and a violation of the 2010 Open Skies Agreement between the two countries, which states, "Each Party shall allow a fair and equal opportunity for the airlines of both Parties to compete in providing the international air transportation governed by this Agreement."

The formal complaint, known as a Part 213 Order, is used to address "anti-competitive practices" by requiring an airline to file some or all of its schedules for flights to the US with the Department of Transportation for review and approval. The order is filed if the US finds that the government of the airlines has either "taken an action that impairs, limits, or denies operating rights to a US airline" or "otherwise denied a US airline a fair and equal opportunity to compete."

Even after the filing of the order, El Al can continue operating its scheduled flights in what's known as Phase 1 of the process. Under Phase 2, the Department of Transportation issues an order limiting the operations of the foreign airline, which requires presidential approval to become effective. The Department of Transportation notes that, in most cases, these issues are resolved before Phase 2.