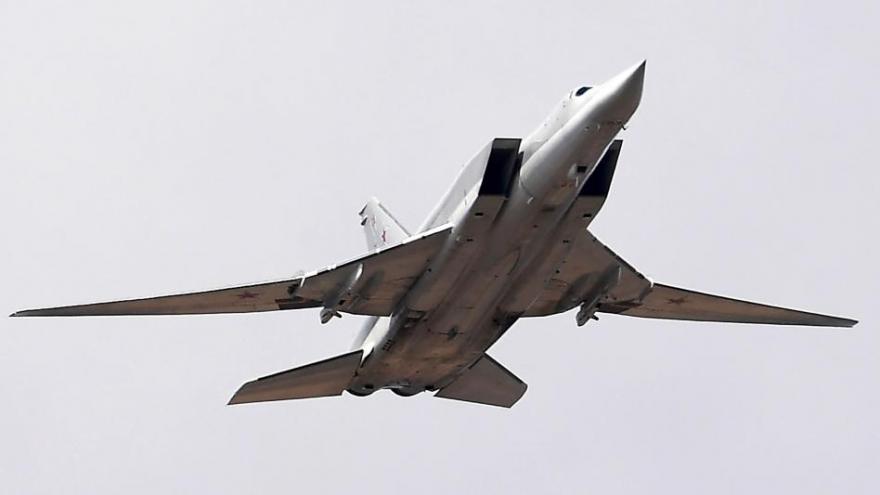 A Tupolev Tu-22M3 Backfire strategic bomber is shown in this library photo.

(CNN) -- US fighter jets and other coalition aircraft escorted three Russian aircraft in eastern Syria on Tuesday when the Russians flew into coalition-restricted airspace, according to two US officials with direct knowledge of the incident.

A Russian cargo aircraft, accompanied by two Tu-22 Backfire bombers flew across Iraq into the so-called Eastern Syria Security Area without giving sufficient advance notification to the US-run coalition that they were moving through the area. When the US warned the Russians it needed more advance notice, the Russians said they were proceeding, the officials said. That led to US F-16s and coalition aircraft flying alongside the Russians briefly until they left the area. The deconfliction process is a normal procedure but generally done with more notice.

The incident comes amid rising tensions with Russia over Ukraine, but for now the US does not think the two matters are related, the sources said.

The Russian aircraft are believed to have landed at Latakia on Syria's Mediterranean coast.

While the incident was not considered threatening, the Russians repeated the action about six hours later when another of their cargo aircraft and a Russian military jet few through the same area. The Russians had not flown bombers through the area since May 2021, one of the officials said.

The security zone, which requires aircraft to notify the US of their movements, spans from Deir ez Zor in the south and east to the Iraqi border. The US maintains about 900 troops in eastern Syria assisting with the fight against ISIS.