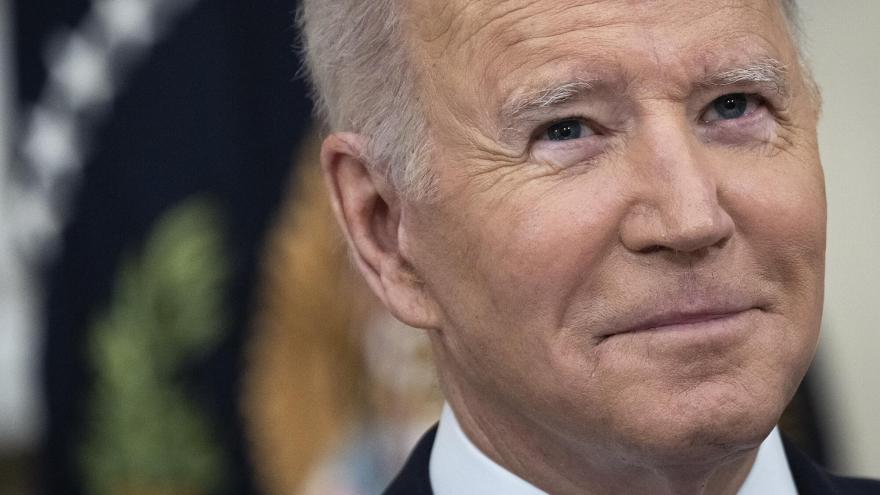 President Joe Biden is expected to use his drawdown authority to authorize the new aid package for Ukraine.

(CNN) -- The US is expected to announce on Wednesday it is sending hundreds of millions of dollars in new military assistance to Ukraine, three sources familiar with the package tell CNN.

The final amount had not been finalized as of Tuesday but is expected to be close to $700 million. President Joe Biden is expected to use his drawdown authority to authorize the new aid package for Ukraine.

If approved, the addition of approximately $700 million in security assistance would bring the total aid to Ukraine to more than $3 billion since the start of the Biden administration, including nearly $2.5 billion since Russia launched its invasion of Ukraine.

Ukraine's 2020 defense budget was only about $6 billion, according to the Stockholm International Peace Research Institute. In less than two months, the US has provided nearly half of that in security assistance, underscoring the pace at which the White House has worked to send in weaponry and equipment.

US shipments of an $800 million security assistance package approved in mid-March will likely wrap up by the middle of April, a senior defense official said Tuesday. And a $100 million package of Javelin anti-armor systems approved in early April will also likely complete delivery very soon, the official added. These packages came from Defense Department inventories, making it relatively easy and quick to transfer the weapons and systems to Ukraine.

According to a draft list of the shipment described to CNN that had been sent to Congress, the administration was considering the delivery of weapons systems to Ukraine that would include MI-17 helicopters, coastal sea drones, howitzers, armored humvees and other weapons that had been in previous aid packages.

As of Tuesday night, two sources said helicopters had been removed from the list, which officials say is heavily caveated, with items regularly changed or removed up until it receives the final authorization and signature from Biden.

On April 1, the White House also authorized a separate $300 million in security assistance to Ukraine, but this package will take more time, since it has to be procured from defense contractors first.

The new tranche of money for Ukraine comes as the Pentagon is set to convene a meeting of its top weapons makers Wednesday to discuss the industry's capacity to support Ukraine in a protracted war with Russia, according to a defense official and an industry official.

The classified discussion will include proposals to speed up the production of existing systems and develop new systems critical to the Defense Department's assistance to Ukraine and to allies, the defense official said.

The meeting will bring together the top eight prime defense contractors, such as General Dynamics, Lockheed Martin and others. It is "part of our ongoing, frequent dialogue with industry partners to ensure a resilient industrial base that is responsive to the Department's needs," the official said.

The meeting between the defense contractors and the Pentagon was organized just a few days ago, according to the defense industry official with direct knowledge of the arrangements. The official said the contractors have been told the focus of the meeting is on the "capacity of the industry" to support Ukraine if the war goes on for several years.

The sense of things, the official said, is the US is "assuming this is going to be a years-long endeavor" in a scenario where, at a minimum, Ukraine will not able to safely manufacture weapons in its own country.

The issue of capacity is also impacting the manufacture of critical ammunition supplies, even though most of it is done in government-owned, contractor-operated facilities.