US employers added 390,000 jobs despite fears of slowdown 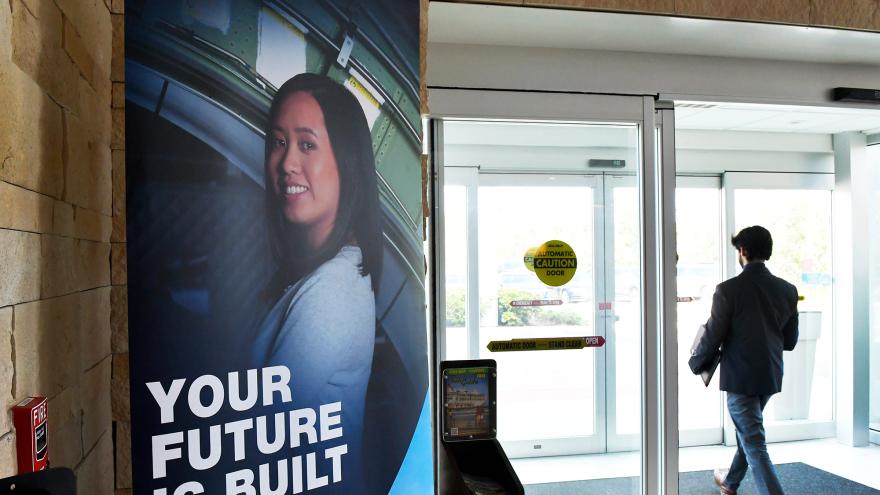 (CNN) -- US employers added 390,000 jobs in May, representing arobust but slower pace of hiring,according to the Bureau of Labor Statistics' monthly jobs report released Friday.

The unemployment rate stayed at 3.6%, slightly higher than the half-century low recorded in February 2020, before the pandemic hit.

While the number of jobs added was down from the revised totalof 436,000 in April, it was better than many were forecasting. The consensus of economists surveyed by Reuters had been for a gain of 325,000 jobs. And while the unemployment rate did not fall to 3.5% as predicted, it remained at a level considered to be full employment by many economists.

The 390,000 jobs added is far more than the typical gains in more normal times. In the 10 years leading up to the end of 2019, the average monthly job gain was 183,000. But ever since the economy shed nearly 22 million jobs in the early months of the pandemic, employers have been scrambling to hire back workers.

Since the initial job losses in early 2020, employers have added an average of nearly 850,000 positions a month. The US economy is now just 822,000 jobs short of where it was in February 2020, before the pandemic hit.

"The labor market seems to have shrugged off the headwinds buffeting the economy from higher inflation and interest rates," said Sophia Koropeckyj, a managing director at Moody's Analytics. "The labor market is heading toward complete recovery from the pandemic." She said her firm's forecast is for monthly job gains to slow to under 300,000 in the second half of 2022 and average around 150,000 in 2023.

Green light for the Fed

The report comes at a time when fears of a recession are rising, partly because the Federal Reserve is in the process of raising interest rates to try to tame inflation. Higher rates can cause businesses to pull back on expansion and investment plans, including hiring.

Concerns about the Fed raising rates and triggering a recession has been one of the main reasons US stocks have fallen sharply this year. Friday's stronger-than-expected jobs number did more to spook investors than cheer them, as it was seen as a green light for the Fedto keep hiking its benchmark interest rate. The S&P 500 was down 1.5% in midday trading following the report.

"Overall, it seems like the job creation machine runs on full steam and anecdotal evidence has it that hiring remains difficult for businesses of all sizes as demand outpaces supply," said Christian Scherrmann, DWS Group's US economist. He said that the strength of the report means the Fed is likely to stick to its aggressive rate hike plans.

"After all, such a robust labor market gives plenty of headroom to increase interest rates," he said.

President Joe Biden on Friday said the latest jobs report indicates the nation is settling into a period of "stable, steady growth" and more moderation should come.

"We aren't likely to see the kind of blockbuster job reports month after month like we had over this past year, but that's a good thing," he said. "That's a sign of a healthy economy with steady growth, rising wages for working families, everyday costs easing up and shrinking the deficit."

The report showed thatjob gains were widespread, with 69% of the industries tracked by the Labor Department adding workers. The major exception was in retail, the nation's largest sector in terms of jobs. In May, there was a net loss of 60,700 retail jobs, according to the report.

Automakers and their parts suppliers also lost 3,500 jobs as plants had to temporarily shut down or eliminate shifts due to a shortage of computer chips and other materials needed to build cars and trucks.

The biggest job gains came in the leisure and hospitality sector, which added 84,000 jobs in anticipation of a strong summer travel season, due to pent-up demand from people wanting to go on vacation.

Employers were able to add jobs despite a shortage of workers looking for positions. There are nearly two job openings for every job seeker, according to a separate Labor Department survey.

One reason the unemployment rate did not decline as some economists expected is that more potential workers returned to the labor market and started looking for work in May.

Since the start of the pandemic there has been a shortage not only of workers but those who were unemployed and looking for work, two numbers that together make up what the Labor Department counts as the nation's workforce.

In this report, the labor force stands at 164.4 million, just 207,000 below the record high at the start of the pandemic.

The shortage of available workers helped to raise average wages in Friday's jobs report. The average hourly wage of $31.95 was up 5.2% compared to a year ago. But that was slightly lower than the rate of increase in five of the last seven months. And it's less than the pace of price increases being paid by consumers for everything from gas to groceries, meaning the larger paychecks are not keeping up with inflation.