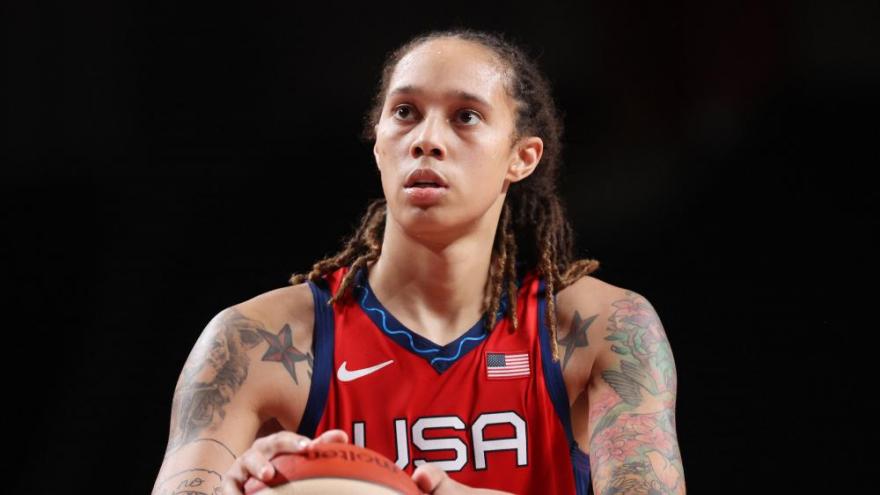 Brittney Griner, seen playing in the 2021 Tokyo Olympics, was found to be "in good condition," after an official from the US embassy in Moscow was granted consular access to the American athlete who is being detained in Russia.

(CNN) -- An official from the US embassy in Moscow found US basketball player Brittney Griner to be "in good condition," after they were recently granted consular access to the American athlete who is being detained in Russia, US State Department spokesman Ned Price told CNN on Wednesday.

The embassy official was granted consular access to Griner on Tuesday, according to Price, the first official government access given to Griner since she had been detained by Russia since mid-February.

"We were able to check on her condition, we will continue to work very closely with her legal team, with her broader network, to see to it that she is treated fairly," Price told CNN's Poppy Harlow.

"Our official found Brittney Griner to be in good condition and we will continue to do everything we can to see to that it she is treated fairly throughout this ordeal," he added.

Griner, a two-time Olympic gold medalist and player for the WBNA's Phoenix Mercury, was arrested in February at a Moscow airport and accused by Russian authorities of smuggling significant amounts of a narcotic substance. -- an offense punishable by up to 10 years in prison.

A Moscow court last week extended the arrest of Griner until May 19, according to Russian news agency TASS.

The investigation is ongoing and a trial date has not been set, a source close to the situation told CNN last week.

Griner's legal team has had access to her and been able to see her several times a week throughout her detention in Russia.

Earlier this week, US Ambassador to Russia John Sullivan met with the Russian Ministry of Foreign Affairs Monday and "demanded that the government of Russia follow international law and basic human decency to allow consular access to all U.S. citizen detainees in Russia, including those in pre-trial detention."

Russian state agency TASS reported that the US consul has not visited Griner, despite Russian authorities' willingness to "create all conditions" for a visit.

But the US embassy in Moscow said it had "repeatedly asked" for consular access to Griner and other American citizen detainees "and have consistently and improperly been denied access for months." US citizens Paul Whelan and Trevor Reed are also being detained in Russia.