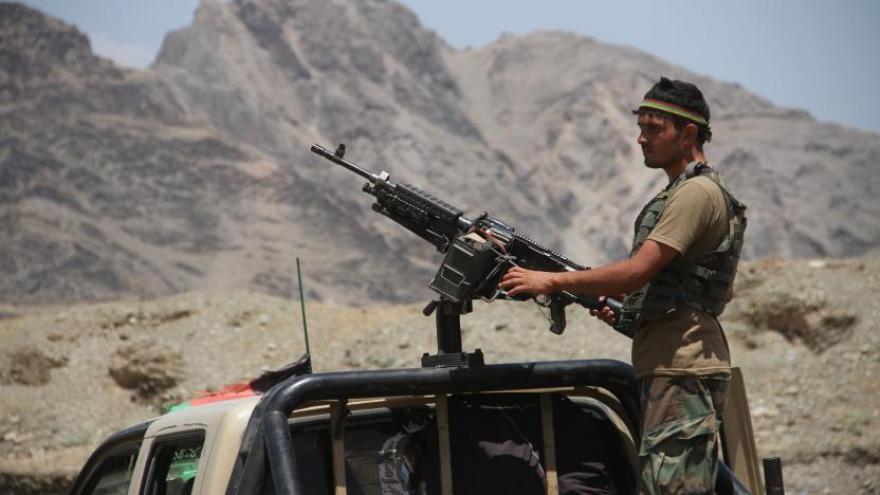 The US Embassy in Kabul again urged American citizens to leave Afghanistan "immediately" amid rapid Taliban gains in the country.

(CNN) -- The US Embassy in Kabul again urged American citizens to leave Afghanistan "immediately" amid rapid Taliban gains in the country.

It is the second such security alert in less than a week urging the immediate departure of US citizens.

The embassy issued its alert as the Taliban continued its assault, seizing major cities and capitols, dealing blow after blow to the Afghan government, its army and the US and its allies who trained Afghan forces.

The Taliban wave comes just weeks before US troops are scheduled to complete their withdrawal, with US intelligence agencies forecasting that within months, if not weeks, Kabul could be isolated, and perhaps fall, raising questions about the security of the US embassy and other foreign missions in Kabul.

The embassies of Germany, France and the United Kingdom have also urged their citizens to leave Afghanistan.

Unlike an alert the US embassy issued over the weekend, Thursday's alert also advised that "if you are a U.S. citizen and delaying your departure while you await an immigrant visa for a spouse or minor child, please contact us immediately."

"Given the security conditions and reduced staffing, the Embassy's ability to assist U.S. citizens in Afghanistan is extremely limited even within Kabul," it said.

"Domestic flights and ground transportation routes outside of Kabul are severely limited and subject to cancellation or closure," Thursday's security alert said.

CNN reported this week that State Department officials are discussing a further drawdown of US embassy personnel, according to two sources familiar with the conversations, as the Taliban continue to gain ground in Afghanistan. In April, the department "ordered the departure from U.S. Embassy Kabul of U.S. government employees whose functions can be performed elsewhere due to increasing violence and threat reports in Kabul."