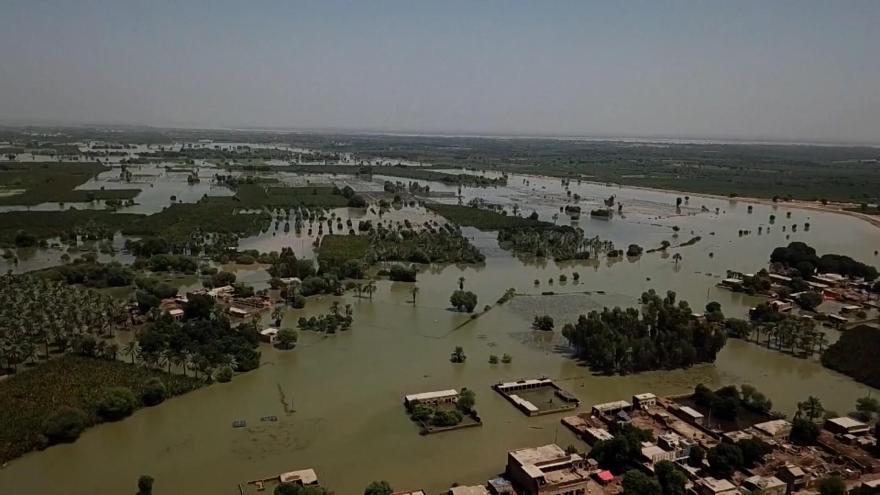 The US Agency for International Development (USAID) has deployed a Disaster Assistance Response Team to respond to the devastating flooding in Pakistan.

(CNN) -- The US Agency for International Development (USAID) has deployed a Disaster Assistance Response Team to respond to the devastating flooding in Pakistan.

According to the agency, the Disaster Assistance Response Team, or DART, will "lead the US government's response efforts in Pakistan," where at least 1,100 have been killed and at least 4,800 have been injured in floods across the country since June 14.

A USAID spokesperson told CNN Friday that there are currently "four members of the DART on the ground in Pakistan working to assess the situation and determine how the United States can work with the Government of Pakistan to provide additional resources."

More members of the team are on their way, and "the DART will remain active on the ground until USAID can determine that needs have been met," the spokesperson said.

According to the spokesperson, The Department of Defense "is sending an assessment team to Islamabad to determine what potential support DoD can provide to USAID as part of the United States' assistance to the flooding crisis in Pakistan." They said the aid "remains in close coordination with DoD to determine any necessary support for our response."

"In addition to mobilizing the DART, U.S. government staff based in the region and Washington, D.C., are monitoring the situation closely, including any potential impacts the flooding may have in the broader region," the agency said in a press release Friday.

Earlier this week, USAID announced that the US will provide $30 million in humanitarian assistance in response to the flooding, which it said "has affected an estimated 33 million people," destroyed or damaged one million homes, and has led to the loss of "nearly 735,000 livestock -- a major source of livelihoods and food."