US delegation meets with Taliban representatives in Doha 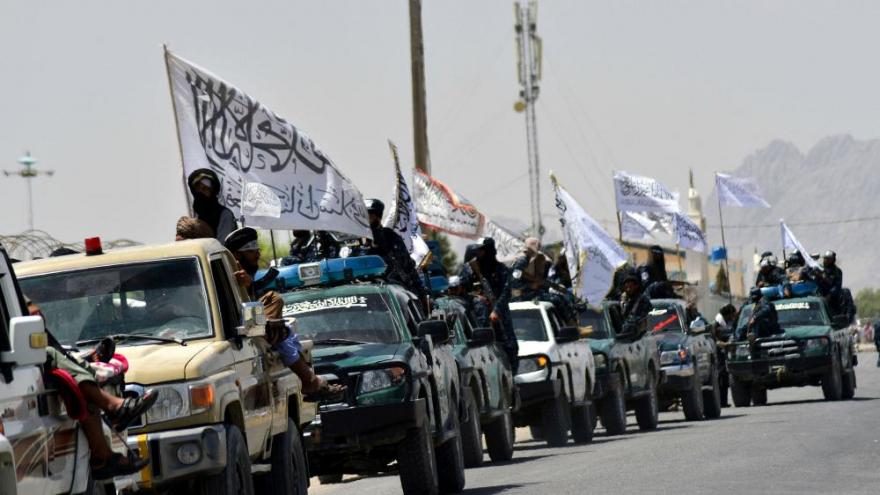 A US delegation will travel to meet with "senior Taliban representatives from Kabul" in Doha, Qatar, this weekend, a State Department official said Friday -- the first such meeting since the US withdrawal from Afghanistan at the end of August.

(CNN) -- A US delegation was set to meet with "senior Taliban representatives from Kabul" in Doha, Qatar, this weekend, a State Department official said ahead of the meeting -- the first such gathering since the US withdrawal from Afghanistan at the end of August.

"This meeting is a continuation of the pragmatic engagements with the Taliban on issues of US vital national interest," the official told CNN.

Taliban spokesperson Zabihullah Mujahid told reporters on Saturday, "We had a detailed discussion with the American delegation in Doha, and this discussion with continue all day today and into tomorrow as well."

"During this meeting, discussions were made about the humanitarian assistance as well and this discussion will continue," Mujahid said.

The meeting comes as the US government continues efforts to bring American citizens and permanent residents and vulnerable Afghans out of the country nearly six weeks after the rushed and chaotic US military evacuation and withdrawal came to an end, and as it eyes over-the-horizon capabilities to prevent a resurgence of terrorist groups in Afghanistan.

The State Department official said that "the continued safe passage out of Afghanistan of US and other foreign nationals and Afghans to whom we have a special commitment who seek to leave the country" is among the key priorities for the meeting, which was first reported by Reuters.

State Department spokesperson Ned Price said during a news briefing Thursday that the agency is in touch with "dozens of Americans in Afghanistan who wish to leave," but he added that it was difficult to put a precise number on the US citizens who remain. He said the US government has directly facilitated the departure of 105 US citizens and 95 lawful permanent residents from Afghanistan since August 31, when all US forces and personnel withdrew from the country.

In the Doha meeting, the US would prioritize "holding the Taliban to its commitment not to allow terrorists to use Afghan soil to threaten the security of the United States or its allies," the official said earlier this week.

CIA Deputy Director David Cohen would be a part of the US delegation, a source said ahead of the meeting, reflecting the US focus on counterterrorism.

Special Representative for Afghanistan Reconciliation Zalmay Khalilzad, who brokered the March 2020 deal with the Taliban that has been maligned by Biden administration officials, will not attend.

According to the State Department official, the US also intended to push the Taliban "to respect the rights of all Afghans, including women and girls, and to form an inclusive government with broad support."

"As Afghanistan faces the prospect of a severe economic contraction and possible humanitarian crisis, we will also press the Taliban to allow humanitarian agencies free access to areas of need," the official said.

Since the Taliban gained control of the country, they have been accused of dire human rights abuses, including the unlawful killing of 13 minority Shia Hazaras. Afghanistan's health care system has collapsed and there are serious food shortages.

The official told CNN that the meeting with the Taliban representatives "is not about granting recognition or conferring legitimacy."

"We remain clear that any legitimacy must be earned through the Taliban's own actions," they said.

Mujahid added Saturday: "Our aim is to have further meetings with the Americans and also with European delegates in the days to come, so that we can discuss and have their views and suggestions about the current situation in Afghanistan."

"We have told them time and again that a weak and an instable government in Afghanistan is not in the interest of no one," he said.