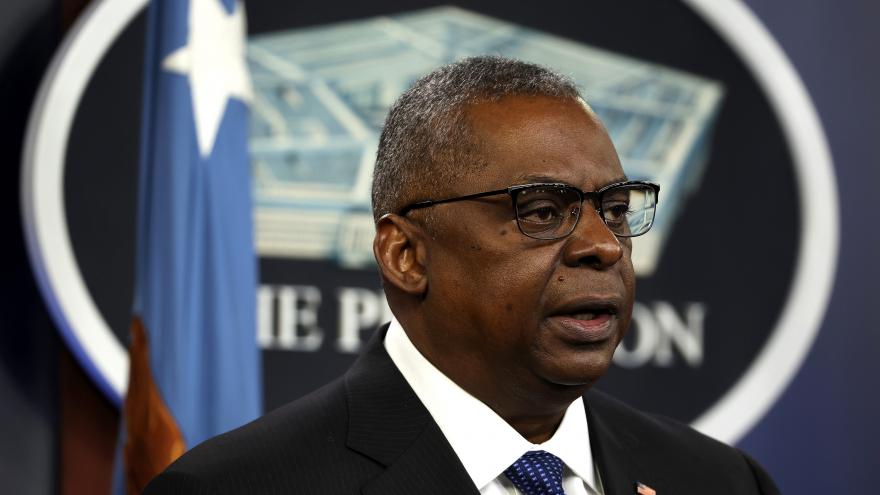 (CNN) -- The US military is keeping a constant watch on Russia's nuclear arsenal as the war in Ukraine continues and Defense Secretary Lloyd Austin is being briefed two or three times a week by the top US general who oversees US nuclear weapons and defenses, according to multiple defense officials.

The US has not seen any indication Russia has made any moves to prepare nuclear weapons for use during the war, but two sources familiar with recent intelligence assessments told CNN that US officials are more concerned about the threat of Russia using them than at any time since the Cold War.

The sources stressed, however, it is still unlikely Russian President Vladimir Putin would use any kind of nuclear weapon and one of the sources put the chances of use at around 1%.

Adm. Charles Richard, head of the US Strategic Command, is providing Austin and other top Pentagon leaders with a highly classified operation and intelligence update on the status of Russia's arsenal and any moves that might cause concern, according to the defense officials. It includes input from the intelligence community that closely monitor statements from Putin and other senior Russian leaders. The officials emphasized that if there are any sudden developments in between scheduled meetings, Austin and Joint Chiefs Chair Gen. Mark Milley would be quickly briefed before updating the White House.

Monitoring any possible nuclear activity has always been a high priority for the Pentagon but the urgency of efforts increased shortly after Russia launched its invasion in February when Putin put the country's deterrence forces, including Moscow's nuclear weapons, onto the highest state of alert.

"We took note of what Mr. Putin said in the early days of this invasion. I think it's also important to add that there hasn't been more of that rhetoric following that initial salvo in the early days, but yes, look, in light of what's going on in Ukraine, and certainly in light of the early rhetoric, we are actively monitoring every single day, and even today, and even today, the secretary remains comfortable that we have an appropriate strategic deterrent posture in place, and there's no need to make any changes to it," Pentagon press secretary John Kirby said on Tuesday.

On Tuesday, Russia Foreign Minister Sergey Lavrov pushed back on a warning from Ukrainian President Volodymyr Zelensky in a CNN interview last week that Russia could be prepared to use nuclear weapons in Ukraine, stressing that Russia historically has been against the use of such weapons.

Highly classified US military plans continue to be updated about what everyone believes is an almost unthinkable scenario: the use of a nuclear weapon. The US military "has planned all this out," a senior defense official said. "There is a range of things Russia could do. We have all the scenarios of what Putin could do, the implications and the state of readiness," of both Russian and US forces, they added. The official declined to provide specifics. But US satellites and aircraft continuously watch for signs of Russian movements. Intelligence assets on both sides would be 'able to see' if the other moved their nuclear weapons the official said.

The Biden administration has publicly said multiple times it sees no reason to change the alert status of the US arsenal. CNN previously reported aircraft reconnaissance flights by the US have increased significantly. Intelligence gathered on those flights is transmitted to Strategic Command's nuclear command and control network to ensure it becomes part of the overall nuclear intelligence assessment.

Richard recently hinted in a House Armed Services Committee hearing that the readiness of the US to respond to a Russian nuclear weapons use is at an all-time high.

"Right now, all I'll say in open session is the nation's nuclear command-and-control is in its most defended, most resilient lineup that it's ever been in in its history," he told the panel.