US default would wipe out nearly 6 million jobs, Moody's says 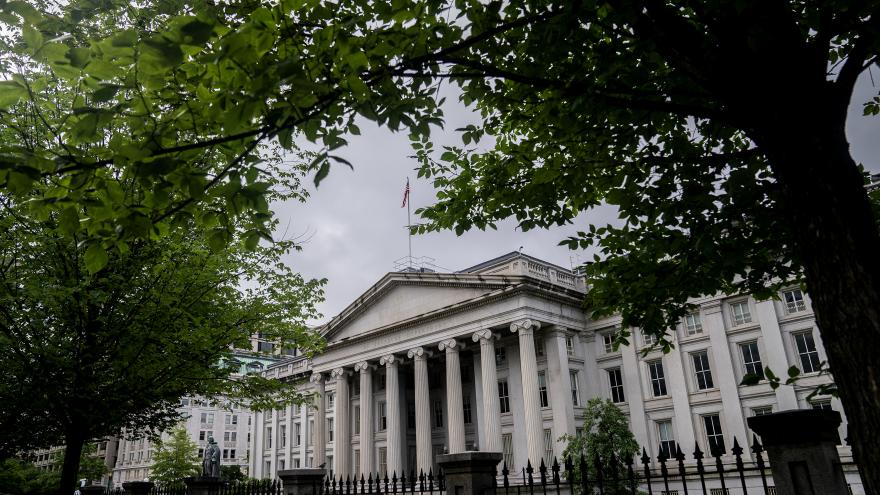 (CNN) -- A US default would be a "catastrophic blow" to America's economic recovery from Covid-19, setting off a downturn that would rival the Great Recession, Moody's Analytics warned in a new report.

If the US defaults on its debt payments and the impasse drags on, the ensuing recession would wipe out nearly 6 million jobs and lift the nation's unemployment rate to nearly 9%, Moody's projected in a report published Tuesday.

The market meltdown would slash stock prices by one-third, erasing about $15 trillion in household wealth, the report found.

The US Treasury Department estimates it will run out of cash at some point in October unless Congress raises the debt ceiling. Despite the specter of a default, Republicans have refused to back an increase in the debt limit due in part to concerns about the Biden administration's vast spending plans.

Moody's notes that financial markets are not freaking out about the debt ceiling showdown, suggesting there is widespread belief that Congress will eventually act. The impact on Wall Street has been far smaller so far than during standoffs in 2011 and 2013.

"Ironically, because investors seem so sanguine about how this drama will play out, policymakers may believe they have nothing to worry about and fail to resolve the debt limit in time," Zandi wrote. "This would be an egregious error."

Even a close call could cost the economy and taxpayers.

Fears of a US default in 2013 lifted Treasury yields, costing taxpayers an estimated half a billion dollars in added interest costs as well as making it more expensive for families and businesses to borrow, Moody's found.

If Congress fails to lift the debt ceiling and the Treasury begins paying bills late and defaults, markets would react very negatively.

"There would likely be a TARP moment," Zandi wrote, referring to the 2008 market plunge after Congress initially failed to approve the Wall Street bailout — and then quickly reversed.

The worst-case scenario, Moody's found, would be if Congress still didn't act to lift the debt ceiling and the impasse wears on.

That would force the federal government to delay about $80 billion in payments due November 1, including to Social Security recipients, veterans and active-duty military, Moody's said. Further drastic spending cuts would need to be imposed if the crisis lasted through November.

Beyond the immediate hit to the US economy, a default would likely cast a shadow over the United States for a long time to come.

"Americans would pay for this default for generations," Zandi wrote, "as global investors would rightly believe that the federal government's finances have been politicized and that a time may come when they would not be paid what they are owed when owed it."