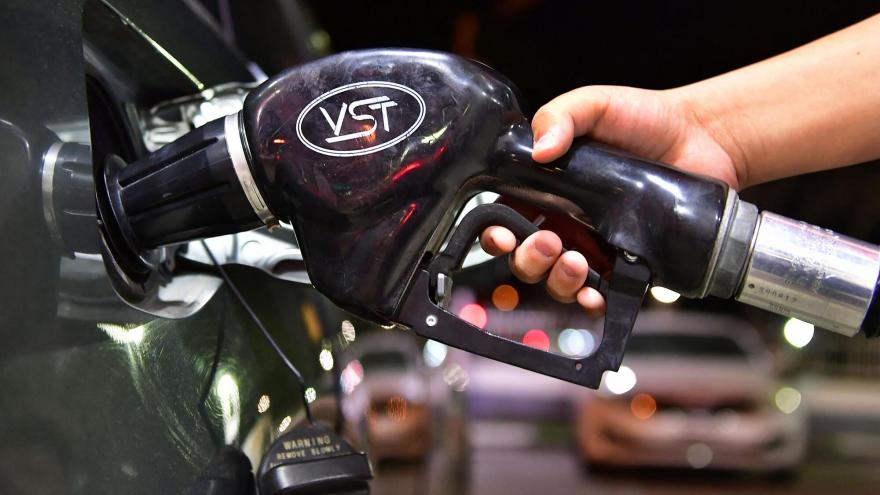 The US could soon announce that it is joining in a global release of up to 60 million barrels of crude oil, including from the federal Strategic Petroleum Reserve, as President Joe Biden seeks to dampen the effect of Russia's invasion of Ukraine on gas prices at home.

(CNN) -- The US and its allies have agreed to a release of 60 million barrels from their reserves, the White House and International Energy Agency announced Tuesday, as leaders seek to dampen the effect of Russia's invasion of Ukraine on gas prices at home.

Half of that total -- 30 million barrels -- will come from the US Strategic Petroleum Reserve, and the other half will come from allies in Europe and Asia. Those other allies include Germany, the United Kingdom, Italy, the Netherlands and other major European countries, as well as Japan and South Korea.

The International Energy Agency announced Tuesday that member countries have agreed to the release from emergency reserves to send a "strong message to global oil markets that there will be no shortfall" as a result of Russia's invasion of Ukraine.

In its own statement, the White House said the release "is another example of partners around the world condemning Russia's unprovoked and unjustified invasion of Ukraine and working together to address the impact of President Putin's war of choice."

"President Biden was clear from the beginning that all tools are on the table to protect American businesses and consumers, including from rising prices at the pump," the White House said in a statement.

The oil market was not immediately impressed. US crude spiked about 10% Tuesday morning to an intraday high of $105.14 a barrel. That's the highest level since 2014. Brent crude, the world benchmark, soared about 8% to $105.40 a barrel.

"The bottom line is this is not enough to cool off the market. It's a bit of a band-aid solution," said Michael Tran, managing director of global energy strategy at RBC Capital Markets.

The invasion of Ukraine has driven concerns about a supply disruption from Russia, the world's No. 2 oil producer. Brent oil prices closed above $100 a barrel on Monday for the first time since 2014.

High oil prices have lifted prices at the gas pump to seven-year highs. The national average for regular gasoline rose to $3.62 on Tuesday, up about 9 cents in a week and 24 cents in a month, according to AAA. At some point, energy prices could get so expensive that it erodes demand from consumers and slows the broader economy.

US officials have spent the last several weeks on calls and in meetings with counterpart key energy supplying countries in an effort to secure commitments to back-fill any market disruptions. The effort included an in-person visit to Saudi Arabia from two senior administration officials to discuss the need to address the effect on oil markets. The US informed Saudi Arabia ahead of the oil reserve announcement.

"We are actively working with countries around the world to evaluate a collective release from the Strategic Petroleum Reserves of major energy-consuming countries. And the United States will release additional barrels of oil as conditions warrant," he said.

Tapping the reserve -- the stockpile of 600 million barrels of crude oil stored in underground salt caverns in Louisiana and Texas -- generally has only a limited effect on gas prices because of how much oil can be released at a time, but would act as a political sign that Biden is confronting the problem.

"I do think a coordinated response by multiple countries could help in the near-term," Wirth said in response to a question from CNN during a briefing with reporters. "Certainly, we've seen markets on edge with concern about supply and supply reliability."

Wirth expressed confidence that there will not be a major supply disruption.

"I've seen nothing to indicate that either Russia's intentions or the intentions of governments involved in sanctions would be to restrict oil supply," Wirth said. "In fact, quite the opposite. It would appear to me that people have been very careful to signal their intention is to try to maintain energy supply to a world that needs it."

But it's not a long-term solution. There is a finite amount of oil in emergency reserves. In fact, the SPR holds the least amount of oil since September 2002, according to government statistics.

"Every time the US announces a release from the SPR," Smith said, "it's one less bullet that it has to be able to use later on."