US carries out additional airstrikes in Syria following rocket attack that injured US troops, US official says 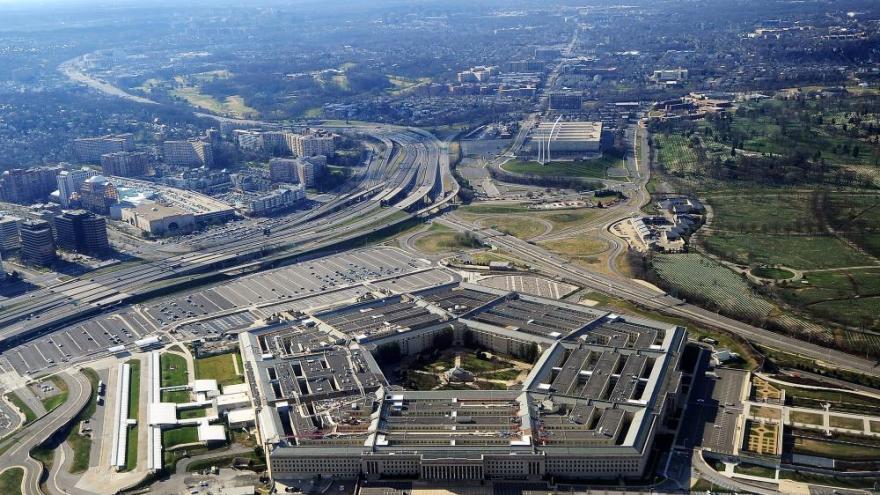 The US carried out additional airstrikes targeting enemy positions and rocket launchers near Deir ez-Zor in northeast Syria following a rocket attack on coalition bases in the region that injured three US troops on August 25, according to a US official.

(CNN) -- The US carried out additional airstrikes targeting enemy positions and rocket launchers near Deir ez-Zor in northeast Syria following a rocket attack on coalition bases in the region that injured three US troops on Wednesday, according to a US official.

A number of enemy fighters were killed in the strikes, which was launched from an AC-130 gunship, the official said.

The US launched the latest strikes overnight in response to a rocket attack against two coalition bases housing US troops in Syria in which three US service members suffered minor injuries. In the initial response to the rocket attack on Wednesday, US attack helicopters destroyed three vehicles and the rocket launchers used to carry out the attack, US Central Command said in a statement. Two or three Iranian-backed militants were also killed in the helicopter strike, according to an initial assessment.

The military carried out the strikes with AC-140 gunships, Apache attack helicopters, and M777 howitzers, US Central Command said in a statement.

The Pentagon said a total of four Iranian-backed militants had been killed in the series of US strikes.

"We will respond appropriately and proportionally to attacks on our servicemembers," Michael "Erik" Kurilla, commander of US Central Command, said in the statement. "No group will strike at our troops with impunity. We will take all necessary measures to defend our people."

A US official said the military believes it has once again established deterrence with the latest strikes and that the rapid escalation has culminated.

The military exchanges come at a critical time for US and Iranian relations, as there has been some progress on reviving the Iran nuclear deal, aimed at preventing Tehran from developing nuclear weapons. On Wednesday, a senior administration official emphasized to CNN that there was no link between the strikes launched on Tuesday and efforts to revive the deal, saying the strikes were simply a response to recent Iranian attacks on US forces.

Still, the airstrikes appeared to send a clear signal that deal or not, the US will continue to respond to Iranian provocations.

The strikes are the latest in an ongoing back-and-forth between US forces and Iranian-backed groups in Syria that has quickly escalated. The US said it was not looking for a conflict with Iran but vowed that it would respond to attacks on US forces in the region.

Maj. Gen. John Brennan, the commander of Operation Inherent Resolve, said in a statement, "We will not tolerate these brazen attacks, and we will aggressively respond by employing any and all means at our disposal to protect and defend ourselves, our partners and innocent civilians."

A senior administration official told CNN that Biden asked for response options early last week, and the issue was discussed during a national security meeting in the Oval Office when the President was in Washington to sign the Inflation Reduction Act on August 16. On Monday, Biden was briefed on the options by Defense Secretary Lloyd Austin and Joint Chiefs Chairman Gen. Mark Milley, and he ordered the strike after that briefing, the official said.

Iran has condemned the US airstrikes and denied any affiliation to the groups targeted in the location in a statement quoting Iranian foreign ministry spokesperson Nasser Kanani.

"The US attack on Syrian infrastructure and people is a violation of Syria's sovereignty and territorial integrity," the statement said.