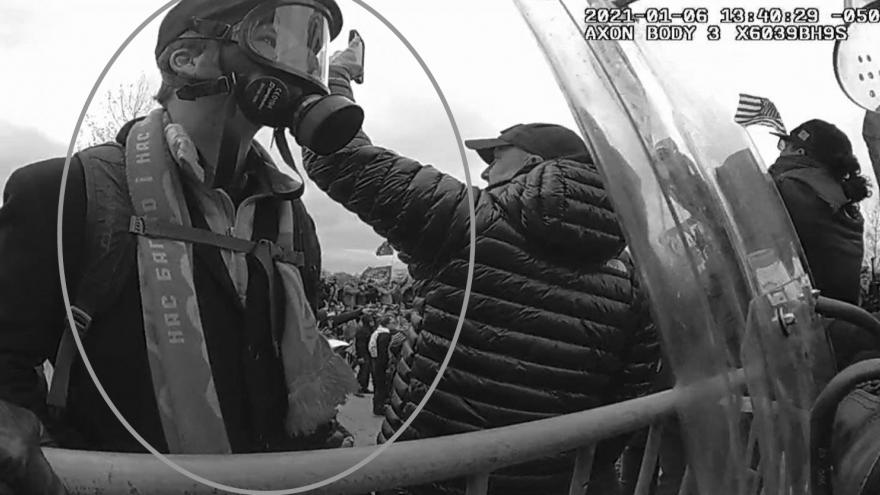 A California man who is wanted by the FBI for allegedly assaulting police officers during the US Capitol insurrection says he is considering seeking asylum in Belarus because he is the target of "political persecution," according to Belarus state television.

(CNN) -- A California man who is wanted by the FBI for allegedly assaulting police officers during the US Capitol insurrection says he is considering seeking asylum in Belarus because he is the target of "political persecution," according to Belarus state television.

Evan Neumann was charged earlier this year with six crimes related to his alleged participation in the January 6 Capitol riot, including assault on law enforcement officers, according to a criminal complaint. He told the station Belarus 1 in a recent interview that after the FBI began searching for him, he "started hiding, traveling across America from one place to another."

Neumann then fled to Europe, according to Belarus 1, where he moved around several countries until he arrived in Ukraine in mid-March. Authorities in Ukraine began following Neumann, he claimed, prompting him to attempt to enter Belarus by foot in August, where he was detained by the country's border guards, according to the station.

"I wouldn't dare ask for asylum until the (Security Service of Ukraine) started following me in Ukraine, two weeks later. It's horrible," he said in his interview, claiming that he's the subject of "political persecution."

"And this is a level that I can't do anything about," Neumann said.

Belarus President Alexander Lukashenko, who has come under fire in recent years for human rights abuses, recently made reference to the deadly Capitol insurrection during an interview earlier this year in response to a question on repression and the imprisonment of political opponents. He accused the US of "lawlessness," during his answer, citing the insurrection and invoking false claims about the US presidential election result.

The criminal complaint says that, among other things, Neumann allegedly punched two officers at the Capitol on January 6 as he and other rioters wrestled with officers over a barricade. The document says that after the officers lost control of the barricade, Neumann and others used it as a "battering ram" to strike officers.

Neumann said in his interview that he doesn't believe he committed any crimes and that the assault charge "is wholly without merit."

It was not immediately clear whether Neumann is currently being represented by an attorney.