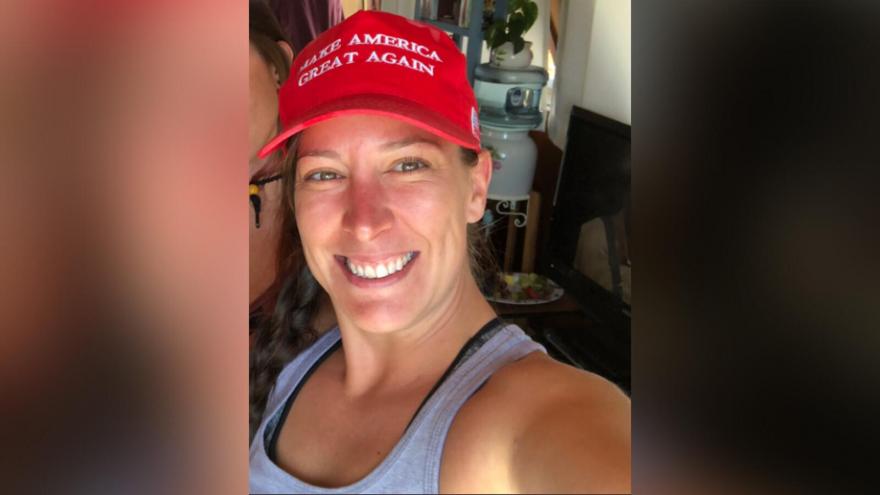 The US Capitol Police officer who shot and killed pro-Trump rioter Ashli Babbitt on January 6 will not face any disciplinary action.

(CNN) -- The US Capitol Police officer who shot and killed pro-Trump rioter Ashli Babbitt on January 6 will not face any disciplinary action, the department said Monday.

"USCP's Office of Professional Responsibility (OPR) determined the officer's conduct was lawful and within Department policy, which says an officer may use deadly force only when the officer reasonably believes that action is in the defense of human life, including the officer's own life, or in the defense of any person in immediate danger of serious physical injury," the department said in a statement.

The officer will not be named, the department said, out of consideration for the officer's safety.

"This officer and the officer's family have been the subject of numerous credible and specific threats," the department sad.

The announcement comes roughly four months after the Department of Justice announced federal prosecutors would not seek charges against the officer for the killing.

CNN has reached out to an attorney for Babbitt's family for comment.

Babbitt's fatal shooting occurred as a crowd pushed toward a doorway -- barricaded by chairs and guarded by Capitol Police -- that was the entrance to the Speaker's Lobby in the Capitol. Babbitt was given medical assistance immediately and taken to a hospital, where she was pronounced dead.

The US Capitol Police said Monday that the officer's actions "potentially saved Members and staff from serious injury and possible death from a large crowd of rioters who forced their way into the U.S. Capitol."

In April, the Justice Department said that it had cleared the officer and closed its investigation, adding there was "insufficient evidence" to support prosecution.

"The investigation revealed no evidence to establish that, at the time the officer fired a single shot at Ms. Babbitt, the officer did not reasonably believe that it was necessary to do so in self-defense or in defense of the Members of Congress and others evacuating the House Chamber," the DOJ said in a statement at the time.

Terry Roberts, a Maryland attorney retained by Babbitt's family, previously told CNN that he intends to file a civil rights lawsuit alleging that she was a victim of excessive force.