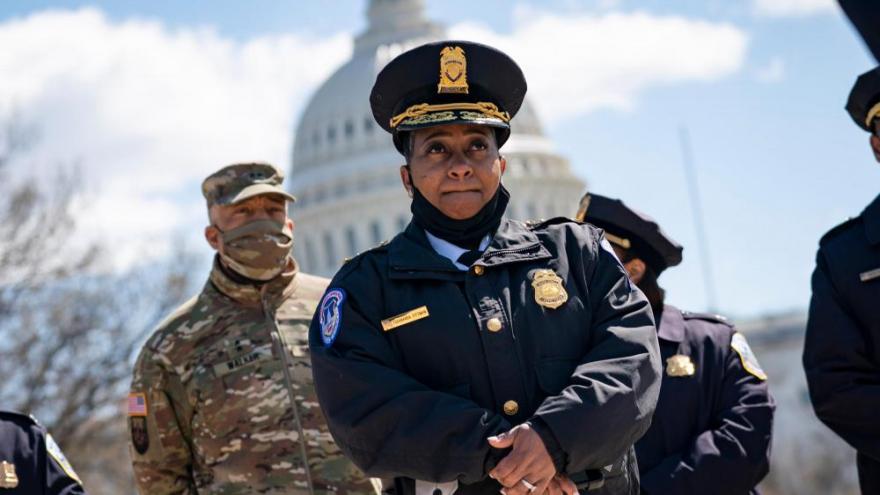 (CNN) -- The US Capitol Police official who was in charge of intelligence operations on January 6 before briefly becoming acting chief has returned to her previous role despite criticism over security breakdowns during the insurrection.

Pittman held that position from 2019 until early January, when she was promoted to acting chief following Capitol Police Chief Steven Sund's abrupt resignation after the January 6 riot. Tom Manger was sworn in as the new chief last month.

Pittman has endured criticism from the union representing rank-and-file Capitol Police officers, who feel she was one of the leaders responsible for intelligence failures leading up to the riot and the security breakdowns that day.

Earlier this year, an overwhelming majority of officers who participated in a union-organized vote chose to vote no-confidence in her leadership.

Gus Papathanasiou, chairman of the US Capitol Police Labor Committee, told CNN via text on Wednesday that it is "absolutely disgraceful she remains in her position, not even a slap on the wrist."

"She was one of the top USCP leaders in charge responsible for the biggest breach in US history," Papathanasiou said.

He pointed to a Senate report and inspector general reports that have been generated since January 6, saying they "spoke volumes of Pittman's incompetence."

In a statement, US Capitol Police said Pittman had led the way as acting chief through "numerous reviews" and had directed improvements "to pivot the USCP towards an intelligence based protective agency." The department said it has improved the way intelligence is disseminated internally and externally since January 6.

The department also said it "consumes intelligence from every federal agency. At no point prior to January 6 did it receive actionable intelligence about a large-scale attack."