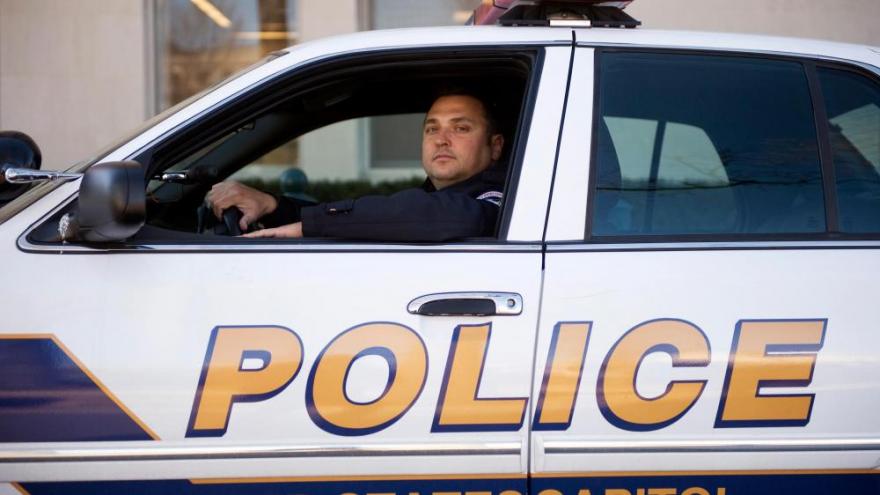 US Capitol Police officer Michael A. Riley, seen here in Washington, DC in 2011, pleaded not guilty on October 19, to two counts of obstruction of justice in connection to the January 6 insurrection at the US Capitol.

(CNN) -- US Capitol Police officer Michael A. Riley pleaded not guilty Tuesday morning to two counts of obstruction of justice in connection to the January 6 insurrection at the US Capitol.

Riley was arrested on Friday, becoming the first police officer on duty on Capitol Hill on January 6 charged with allegedly attempting to help a rioter.

According to the indictment, Riley told a contact online to remove Facebook selfies and videos about being in the Capitol building that day.

"im a capitol police officer who agrees with your political stance," Riley allegedly wrote to the person the day after the insurrection, according to the indictment. "Take down the part about being in the building they are currently investigating and everyone who was in the building is going to charged. Just looking out!"

Riley later advised the person to "Get off of social media," according to the indictment.

The individual was arrested by the FBI on January 19 on charges he illegally entered the US Capitol on January 6.

The next day, Riley deleted his direct messages with the individual, the indictment said.

CNN previously reported that the man whom Riley allegedly warned is Jacob Hiles, according to a person familiar with the case and descriptions in court records.

Riley was not on duty inside the Capitol building during the attack, prosecutors say, but in the K-9 unit and responded to reports of an explosive device on Capitol Hill that day.

Riley, who has worked with the Capitol Police for 25 years, was placed on administrative leave upon his arrest, according to USCP Chief Tom Manger.

He appeared via video on Tuesday. His next court appearance is scheduled for November 29.