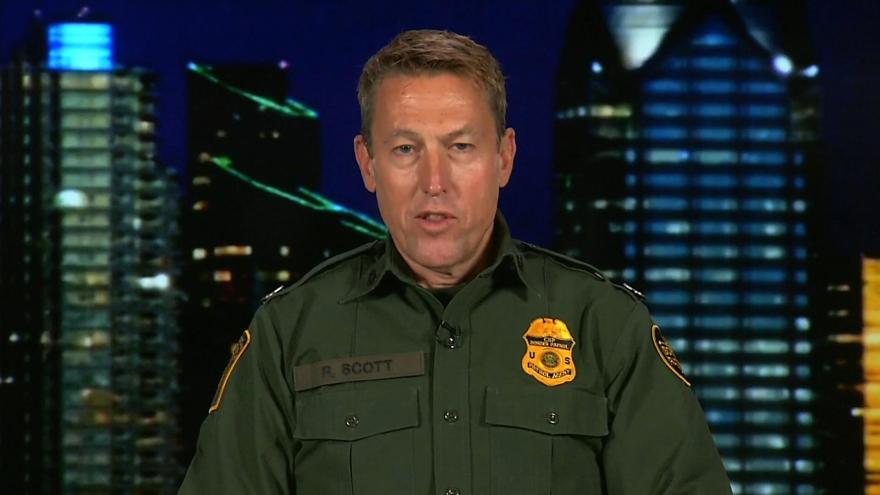 US Border Patrol Chief Rodney Scott is stepping down, according to a source familiar with the decision, marking the latest change in the border agency's leadership structure.

(CNN) -- US Border Patrol Chief Rodney Scott is stepping down, according to a source familiar with the decision, marking the latest change in the border agency's leadership structure.

Deputy Chief Raul Ortiz is expected to step into the role on an acting basis.

Scott, who assumed the post as chief in February 2020, was expected to step down with the change in administrations. He began his career with US Border Patrol in 1992.

CNN previously reported that Benjamine "Carry" Huffman, who's served at Customs and Border Protection over three decades, will take over the role of acting CBP deputy commissioner, following the retirement of Robert Perez at the end of June.

RELATED: Kamala Harris to make first trip to the border as vice president this week

Scott said in a Facebook post Wednesday that he had received a directed reassignment letter, which provides recipients the option to relocate, resign or retire, and shared he would remain in his current position for about 60 days. "A huge thank you to all those who have reached out, prayed and supported me and my family, especially over these last few crazy months," he wrote.

Prior to serving as Border Patrol chief, Scott served as the acting deputy Border Patrol chief. Before then, he also ran the Border Patrol's San Diego sector, where he was in charge during the arrival of a migrant caravan in 2018, as well as the widely reported border incident in which migrants on the Mexican side rushed the border area, leading US Border Patrol agents to fire tear gas at the group.

Most recently, Scott led the agency during a record number of unaccompanied minors arriving at the US-Mexico border. The surge in children crossing the border alone this spring overwhelmed border facilities, leading to crowded conditions and kids waiting to be placed in shelters equipped to care for them. While arrests of unaccompanied children dropped in May, apprehensions of migrants along the US southern border remain high.

President Joe Biden nominated Tucson, Arizona, police chief Chris Magnus to serve as CBP commissioner in April. The agency hasn't had a confirmed commissioner since Kevin McAleenan, who was tapped from the agency to serve as acting Homeland Security secretary and eventually left the Trump administration.