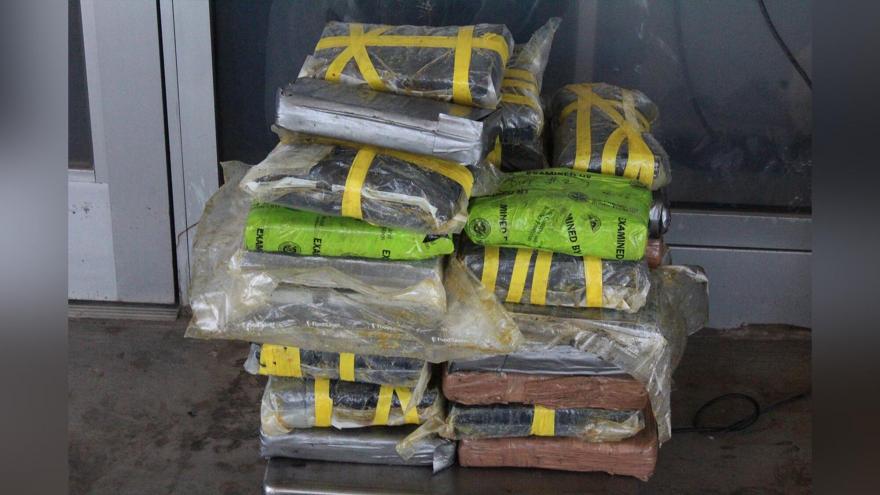 The packages of cocaine seized by CBP officers at Pharr International Bridge.

(CNN) -- US Customs and Border Protection officers in Pharr, Texas, have seized more than $960,000 worth of cocaine.

Officers working at the Pharr International Bridge Cargo Facility examined a tractor-trailer with a non-intrusive imaging system and found 51 packages of alleged cocaine, CBP said in a press release Friday.

The cocaine weighed nearly 125 pounds and was found hidden within the trailer, which was coming from Mexico, according to the release. The drugs were seized October 21.

Officers also used screening by a canine team and physical inspections to discover the concealed narcotics, which were taken along with the trailer.

"The commercial environment continues to be an area where we experience a continued drug smuggling threat," said Port Director Carlos Rodriguez, Hidalgo/Pharr/Anzalduas Port of Entry. "Our frontline officers continue to remain vigilant and use all available tools and resources to their full potential."

The case remains under investigation by the CBP and US Immigration and Customs Enforcement-Homeland Security Investigations (ICE-HSI), the release said.

The Pharr-Reynosa International Bridge is a major port of entry for the US-Mexico border, and handles both commercial and passenger vehicles. About 175,000 vehicles cross the bridge in a month, according to Texas officials.