US arranging charter flight to evacuate American diplomats and citizens out of China amid coronavirus outbreak, official says 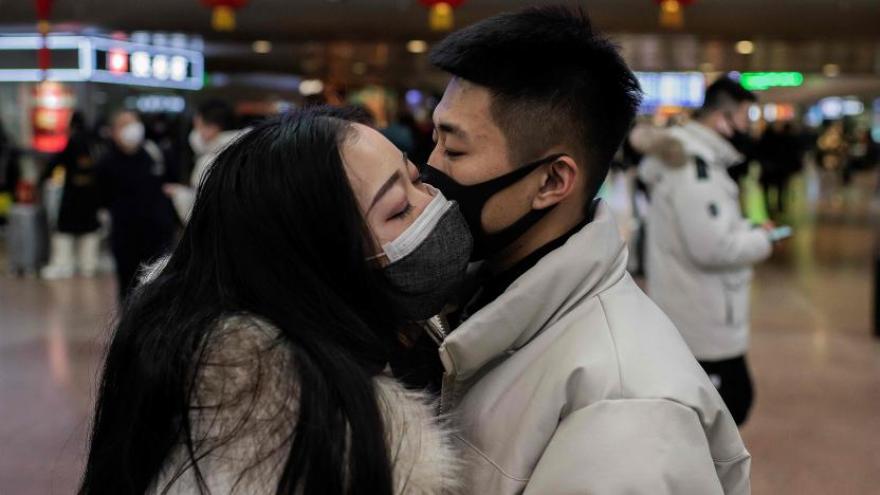 The US is planning to evacuate Americans from the Chinese city that has become ground zero for a new deadly strain of coronavirus, according to The Wall Street Journal.

(CNN) -- The US government is arranging a charter flight to evacuate American diplomats and citizens from the Chinese city that has become ground zero for a new deadly strain of coronavirus, a US official with knowledge of the matter told CNN Saturday.

The United States has a contract with a transporter to evacuate about three dozen diplomats and their families from the US consulate in Wuhan, China. The consulate is closed and all US diplomats are "under ordered departure," the official said.

Details of the flight plan are still being finalized -- for example, officials were still deciding between a narrow-body Boeing 737 and a wide-body Boeing 767 -- and the source said "a lot depends on what the Chinese authorities will allow us to do," adding that Beijing has been "very cooperative." The Wall Street Journal first reported the planned evacuation.

The State Department and White House have not yet responded to CNN's request for comment on the matter.

The US consulate in Wuhan reached out to Americans registered with the consulate and offered them seats on a flight, the official told CNN. The flight will have medical personnel aboard to treat anyone with the virus and make sure it is contained.

The US Centers for Disease Control and Prevention confirmed to CNN Saturday that it is involved in the coordinated effort by the US government to help Americans leave Wuhan.

There are about 1,000 Americans living in Wuhan and those who choose to evacuate with diplomats will be billed for the flight, the official with knowledge of the matter said.

The Journal reported that any available seats on the flight might be offered to non-US citizens and diplomats of other nations. The US official with knowledge of the matter, though, disputed that reporting, saying that non-US citizens would only be allowed to take the flight if they are related or married to Americans.

The official added that diplomats from other countries, such as South Korea and the United Kingdom, are arranging their own transportation out of Wuhan.

Asked why the US is evacuating its diplomats and citizens from Wuhan while no such action was taken during the height of the SARS epidemic that hit China in 2003, the official said, "I think we all learned our lesson from SARS."

It is unknown where the plane plans to fly to in the US, the person said.

On Thursday, the US State Department ordered non-emergency personnel and their families to depart the Hubei Province of China, of which Wuhan is the provincial capital, due to the coronavirus.

The Department also raised the travel advisory for the Hubei province to "Level 4: Do Not Travel," warning that the "U.S. government has limited ability to provide emergency services to U.S. citizens in Hubei province."

Chinese authorities have imposed indefinite restrictions on public transport and travel in Hubei Province in an unprecedented effort to contain the spread of the virus.

More than 40 people in mainland China have now been killed by the Wuhan coronavirus, with more than 1,300 confirmed cases.