US Army to likely miss recruiting goal of new troops by nearly 40,000 over the next 2 years 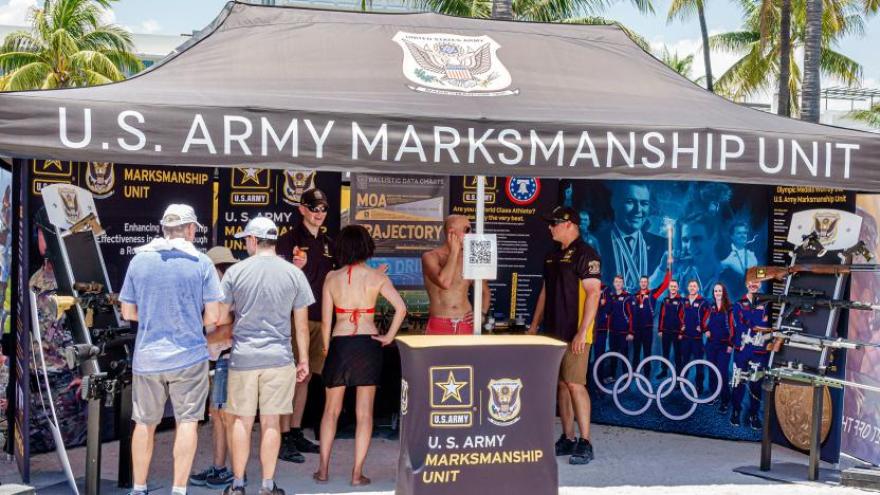 The US Army is now projecting that for the next two years it will massively fail to recruit as many troops as it hoped, falling short by nearly 40,000 new recruits, according to the latest estimates and testimony from the Army's second highest leader.

(CNN) -- The US Army is now projecting that for the next two years it will massively fail to recruit as many troops as it hoped, falling short by nearly 40,000 new recruits, according to the latest estimates and testimony from the Army's second highest leader.

"We've got unprecedented challenges with both a post-Covid-19 environment and labor market, but also private competition with private companies that have changed their incentives over time," General Joseph Martin, vice chief of staff of the Army, told the House Armed Services readiness subcommittee on Tuesday.

Low unemployment has hurt the ability to recruit for some time, but the situation is growing worse with fewer Americans showing an interest in serving. There is also a decline in the number of people physically qualified. "That's why we've gone from 29 to 23% of the population that is available to serve," Martin said.

The army also believes the recruiting crisis has been exacerbated by remote schooling during the coronavirus pandemic, according to a five page memo from the two top Army leaders dated Wednesday.

"Pandemic-driven constraints like virtual learning have further limited access to the recruiting population in high schools and exacerbated a decline in academic and fitness levels," Christine Wormuth, the civilian Secretary of the Army, and General James McConnville, the four star Chief of Staff, said in the memo. Preliminary data is suggesting remote schooling "may have lowered" scores on the armed services aptitude test by as much as 9%, according to the memo.

To get more people to join, financial incentives are being offered. The Army has also explored the idea of no longer requiring recruits to have a high school diploma, but it hasn't settled on a final plan.

The statistics paint a grim picture. The Army is authorized to have as many as 485,000 troops for FY22, but already reduced that goal to 476,000. At best, Martin said, the Army believes it will "land at 466 for this year for an end strength," leading to a potential shortfall of 10,000.

So far, the Army has recruited 30,000 troops in FY22 -- half the 60,000 goal if the Army were to meet the 476,000 troops size. But one official told CNN that the Army no longer thinks that is possible given the challenges it faces and the 10,000 recruit shortage is a likely scenario.

The good news for the Army is the people who are joining appear to be willing to stay.

The retention goal for FY22 was 55,900. As of July 7, the Army has already exceeded its goal by reenlisting 57,738 soldiers, according to Colonel Catherine Wilkinson, an Army spokeswoman.