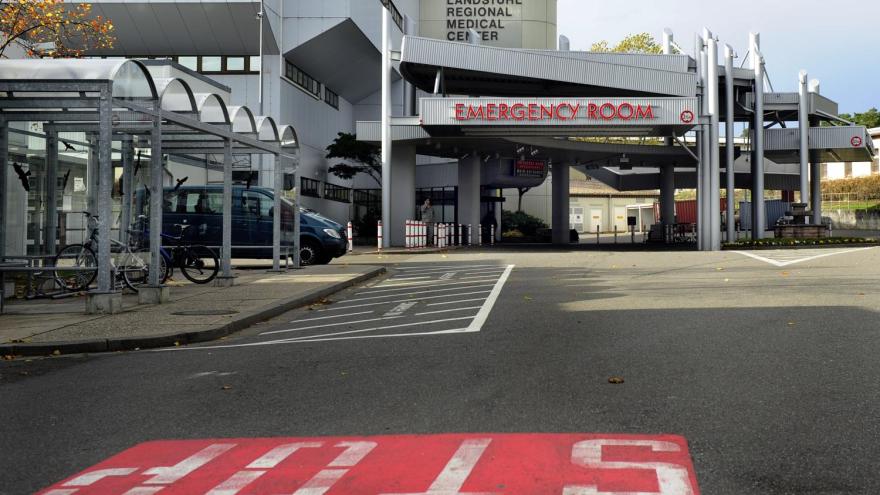 (CNN) -- Defense Secretary Lloyd Austin has approved the treatment of wounded Ukrainian soldiers at a US military hospital in Germany, according to a memo obtained by CNN and confirmed by two US defense officials.

The plan would allow Ukrainian troops to be treated at a US military hospital for the first time since Russia invaded the country in February. It allows for the treatment of up to 18 wounded soldiers at a time a Landstuhl Regional Medical Center, the massive hospital in Germany where the military has for years treated US service members who suffered injuries in combat.

Austin offered verbal guidance on May 26 to begin offering treatment to wounded Ukraine soldiers, according to the memo. On June 29, Austin formalized the verbal guidance in a memo entitled "Guidance for Medical Treatment of Wounded Ukrainian Service Members."

Despite the plan receiving final approval nearly one month ago, Landstuhl has not yet received Ukrainian service members for medical care. An official from US European Command told CNN, "We have not treated any Ukraine troops at Landstuhl."

The official said the purpose of the memo was to remove any red tape that would slow down the process of offering treatment if the need arose. The plan would permit treatment if there was no facility available in Ukraine or in a closer country. Landstuhl is approximately 700 miles from the Ukrainian border.

If Landstuhl were to receive wounded Ukrainian troops, the service members would have to leave Ukraine by train or car before the US, which has no troops in Ukraine, could evacuate them by air to Ramstein Air Base.

On Monday, Anton Gerashchenko, an adviser to the Minister of Internal Affairs of Ukraine posted a video on Twitter showing Ukrainian soldiers receiving prosthetic legs at a hospital in Chicago. A second video posted Tuesday showed the soldiers walking on the prosthetic limbs.

But this would appear to be the first authorization for Ukrainian troops to receive treatment of military facilities instead of civilian hospitals.

In late-April, a bipartisan group of congressmen wrote a letter to Austin and Secretary of State Antony Blinken urging the administration to do more to support the "struggling healthcare systems" in Ukraine and Poland. One of the requests was to "scale-up" Landstuhl Regional Medical Center to treat sick and wounded Ukrainians. The authors said it would follow the US decision to offer treatment to Afghan refugees who transited through the adjacent Ramstein Air Base last year. The letter also urged the administration to send armored ambulances and establish a several military field hospitals along the Poland-Ukraine border.

"You have a unique opportunity to showcase American leadership by providing medical support to Ukrainians that will inspire other NATO states to follow suit," the authors wrote.

John Kirby, then serving as the Pentagon press secretary, said Austin had received the letter dated April 22 and would "certainly take it seriously and respond appropriately." Kirby said that any decision to provide field hospitals or US humanitarian support would be done in consultation with the host country.

CNN has reached out to a number of the letter's signatories for comment.

On the day Austin issued verbal guidance to begin offering treatment to Ukrainian soldiers, the top US general spoke with his Ukrainian counterpart. A readout of the conversation between Joint Chiefs Chair Gen. Mark Milley and Commander-in-Chief of the Ukrainian Armed Forces Gen. Valery Zaluzhny makes no mention of opening up US military medical facilities to Ukrainian service members.

One month later, Austin formalized the verbal guidance on a day he spoke with Ukrainian Minister of Defense Oleksii Reznikov. According to a readout of the call, Austin gave an update on US security assistance efforts, but there is no mention of offering treatment to Ukrainian soldiers.