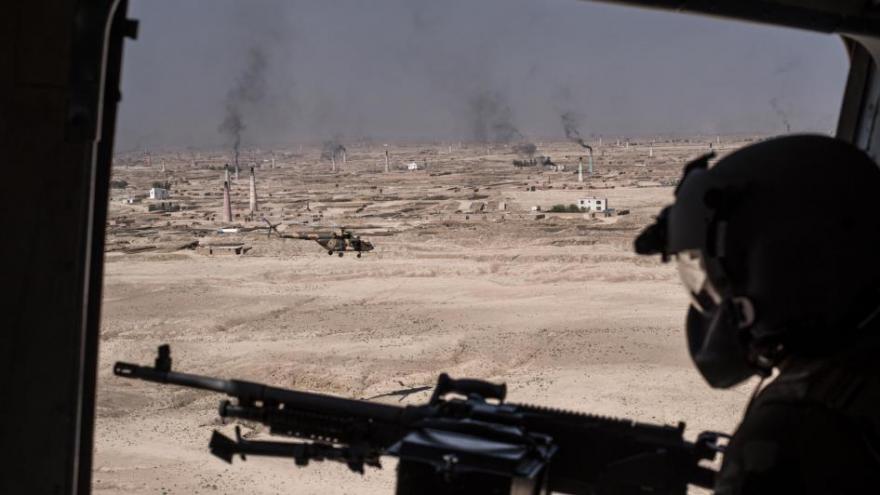 US and Afghan forces conducting an operation in eastern Afghanistan came under direct fire, according to the US military. Between 12,000 and 13,000 US troops are currently serving in Afghanistan fighting terrorist groups and assisting local forces in the country.

(CNN) -- Two US service members were killed and six others wounded after an attack on a joint US-Afghan operation in the Nangarhar province in eastern Afghanistan on Saturday, the US military said in a statement.

Both men were assigned to the 3rd Battalion, 7th Special Forces Group (Airborne) based at Eglin Air Force Base in Florida.

The military has said the incident was under investigation and wounded service members in the attack were receiving medical treatment at a US facility.

Current reports indicate a person in an Afghan uniform opened fire on the combined US and Afghan forces with a machine gun at the Sherzad district center, said Col. Sonny Leggett, spokesman for the US forces in Afghanistan.

"We are still collecting information and the cause or motive behind the attack is unknown at this time. The incident is under investigation," Leggett said, according to the statement.

The US military has not determined whether the attack was an Afghan soldier or someone wearing a military uniform, a US official told CNN.

The Afghan Ministry of Defense said in a statement released Sunday that an Afghan soldier was also killed in the attack on the joint US-Afghan operation. The US military has not confirmed the Afghan death.

"As a result, unfortunately, one brave ANA member was martyred and three brave members injured; and two brave Resolute support members lost their lives and six brave members were injured," the Afghan Ministry of Defense said in a statement.

The ministry added that attacks such as these "fail to have negative effects on the friendship and spirit of cooperation and between the ANDSF and US Military forces. We will continue to fight terrorism together."

Group Commander of the 7th Special Forces John W. Sannes said in a statement on Sunday that Gutierrez "was a warrior that exemplified selfless service and a commitment to the mission, both values that we embody."

"Our priority now is to take care of his family and teammates, we will provide the best possible care possible during these trying times," he added.

Between 12,000 and 13,000 US troops are currently serving in Afghanistan fighting terrorist groups and assisting local forces in the country.

The Trump administration is weighing further significant troop reductions in Afghanistan, despite a record high number of attacks carried out in the country last year by the Taliban and other anti-government groups.