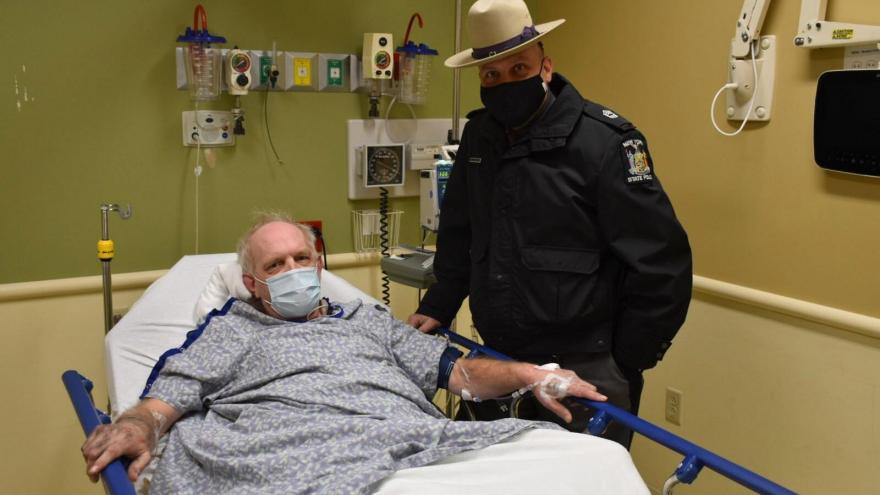 (CNN) -- A 58-year-old driver from Upstate New York was rescued by police after he was stuck in his car for more than 10 hours during the snowstorm that swept through New York.

Kevin Kresen from Candor, New York, west of Binghamton, ran his car off the road in the town of Owego on Wednesday night just as the storm passing through New York was dumping large amounts of snow, the New York State Police said.

On Thursday morning, Sgt. Jason Cawley contacted Tioga County 911 to see if any emergency calls were pending due to the storm. Dispatchers informed him that they had received a number of 911 calls from a man who had run off the road and needed assistance, but local law enforcement had not located the driver.

Cawley drove to the area, and seeing what appeared to be a row of mailboxes, he waded through the snow to check the addresses, the state patrol statement said.

While digging, he hit Kresen's windshield and saw Kresen sitting in the car.

He told Cawley he had been plowed in by a truck.

Kresen was stranded with no heat due to his car's broken serpentine belt and was suffering from hypothermia and frostbite, the state patrol said.

He was taken to a hospital.