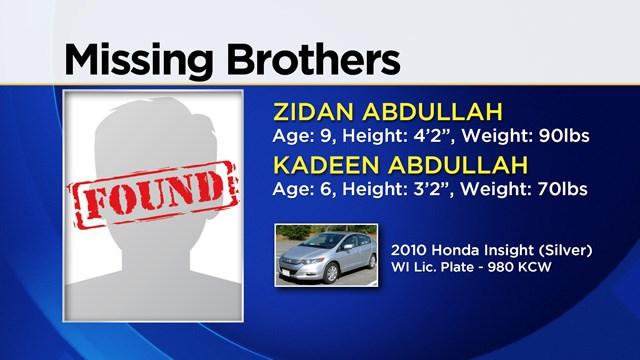 The missing Franklin boys have been found and they are safe.  According to the Franklin Police, shortly after 8 a.m., Zidan and Kadeen Abdullah were  located along with their mother Nahla Abdullah in East Cleveland Ohio.  The boys, 9 and 6-years-old are reported to be safe and are in protective custody.

The Franklin Police first began looking for the boys and their mother at 11 p.m. on Tuesday after their father reported them missing. It was believed that 32-year-old Nahla Abdullah had taken the boys and was headed to Ohio.

Franklin Police say Zidan and Kadeen were found, along with their mother shortly after 8 o'clock this morning.